Spotlight on founder-president of the National Black Farmers Association 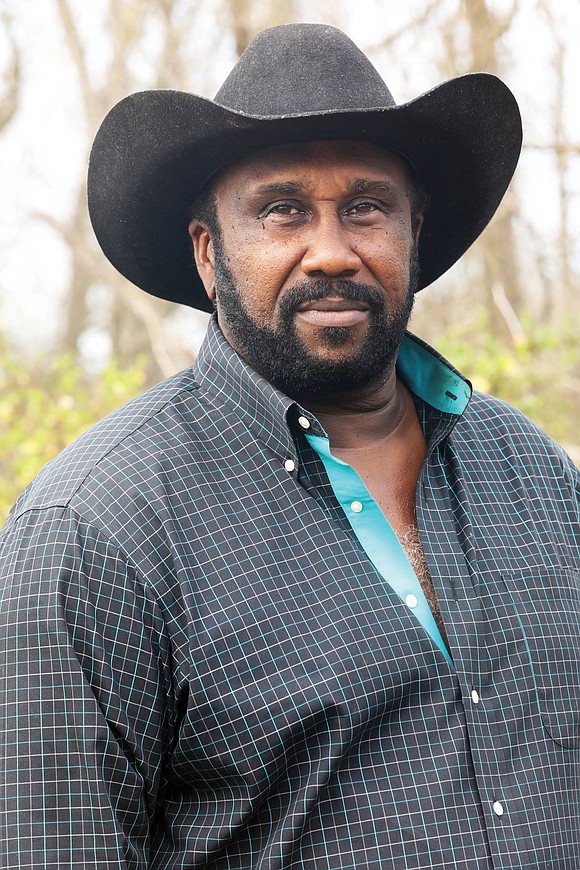 John Wesley Boyd Jr. is a man skilled in making waves, from the acres of crops in his fields to the halls of Congress in Washington, D.C.

A fourth-generation farmer, Mr. Boyd is the founder and president of the National Black Farmers Association. The Mecklenburg County resident has been at the forefront of advancing the rights of minority farmers in a country and industry reluctant to acknowledge the struggles and discrimination they have faced.

Most recently, Mr. Boyd helped champion the Emergency Relief for Farmers of Color Act, introduced in Congress by U.S. Sen. Raphael Warnock of Georgia. The legislation provides $5 billion in debt relief, technical assistance and grants to farmers of color during the pandemic. It became part of the $1.9 trillion federal spending package known as the American Rescue Plan passed by the Congress and signed into law in mid-March by President Biden.

The measure was hailed by Democrats as vital to addressing historic inequalities faced by Black farmers, in particular, for decades.

Concentrated in the South, Black farmers have lost millions of acres of farmland in part because of long-term discriminatory practices by the U.S. Department of Agriculture. Those practices, in which the USDA denied Black farmers loans and other assistance, led to class action lawsuits known as the Pigford cases dating to 1997. The lawsuits resulted in two settlements totaling more than $2 billion in payouts to Black farmers across the na- tion, the latest in 2010.

Mr. Boyd, representing the NBFA, was front and center in getting Congress to recognize the discrimination by the fed- eral agency and to push for redress.

He drove his wagon, pulled by his mules 40 Acres and Struggle, from Mecklenburg County to Washington to bring attention to the issues and legislation that provided the settlement money to Black farm- ers and another $3.4 billion to Native Americans.

Now, at a time during which COVID-19 has compounded the challenges facing minority farmers, Mr. Boyd is looking to ensure support for Black farmers and the future of Black people on their own land.

Mr. Boyd’s work with the NBFA, a nonprofit organiza- tion, continues to educate the African-American community through outreach and others across the country as he con- tinues to push for racial equity in farming.

His primary project now is in tackling the decline in African- American farm families and land. COVID-19 hasn’t made it any easier with closed livestock markets and lost restaurant contracts because of mandatory stay-at-home orders.

He wants to increase the number of Black farmers, with the goal of ensuring they can last for generations. Given what Black farmers have gone through in the past, Mr. Boyd is confident in their chances for success.

“Black farmers are the most determined group of individuals known to mankind,” says Mr. Boyd. “We survived slavery, sharecropping and Jim Crow laws.”

For advocates doing civil rights work, he offers this advice: “Don’t give up. Keep pushing forward and eventually you will get the win,” Mr. Boyd says. “The win will come when you least expect it.”

Where I live now: Boydton in Mecklenburg County.

National Black Farmers Association’s mission: NBFA was founded in 1985 to help Black farmers retain land ownership, gain access to state and federal programs administered by the U.S. Department of Agriculture and to educate the Black community about farming through effective outreach and technical assistance.

Why NBFA was founded: To assist farmers facing discrimination by the USDA.

Farming and my family: I am a fourth-generation farmer from Mecklenburg County. We were tobacco, peanut and poultry farmers, but now we raise beef cattle, corn, soybeans and wheat. I was trained by my grandfather, Thomas Boyd, and my dad, John Wesley Boyd Sr. I fell in love with the concept of owning, farming early on as a child around 9 years of age.

Racial equity and farming: The land knows no color. The land never mistreated anyone. If you take care of the land, the land will take care of you.

No. 1 goal as NBFA president: To increase the number of Black farmers for generations to come. Today, we are facing extinction with less than 50,000 Black farmers. At the turn of the last century, Black farmers were 1 million farm families strong representing 14 percent of the nation’s farmers. Tilling 20 million acres of land then, we are down to 4.5 million acres today.

Strategy for achieving goal: I get up every day determined to make a difference. I study those who have accomplished similar quests for justice and equality for others – Mahatma Gandhi, Dr. Martin Luther King Jr. and Frederick Douglass, to name a few.

Federal government and Black farmers: Early on in the Black farmers movement, I was organizing in Virginia and other Southern states. It was Ray Boone, the late founder and editor of the Richmond Free Press, who helped the NBFA reach the Black community in Virginia through the pages of the Richmond Free Press. He went on to introduce me to other Black newspapers that served key roles for the NBFA in organizing Black farmers in the South.

Black farmers don’t trust the USDA. Due to decades of documented racial discrimination, many Black farmers refer to it as the “Last Plantation” instead of “The People’s Agency” created by President Lincoln after freeing the slaves.

The NBFA pressed the USDA, Congress and the courts for redress due to discrimination against Black farmers in USDA farm loans and subsidies and we are proud to have led the fight for more than $2 billion in payouts to 40,000 black farm families who received $50,000 per farmer.

Biggest challenge to Black farmers: Black farmers are the most determined group of individuals known to mankind. We survived slavery, sharecropping and Jim Crow laws.

The biggest challenge is access to capital. Without money, you can’t buy seeds, equipment, fuel, pay labor or get your crop or livestock to market.

Proudest moment: Watching President Obama sign the Claims Resolution Act of 2010 that provided $1.25 billion to Black farmers and $3.4 billion to Native Americans. I worked on the bill for 10 years.

Latest accomplishment: Championing the Emergency Relief for Farmers of Color Act that will provide $5 billion in debt relief, technical assistance and grants to assist farmers to stay on their farms during the COVID-19 pandemic. The debt relief for Black farmers measure took me 30 years. For young advocates doing civil rights work, don’t give up. Keep pushing forward and eventually you will get the win. The win will come when you least expect it.

What 40 acres and a mule means to me: It means to me personally my two mules, Struggle and 40 Acres. It was my father’s idea to use the mules to elevate the presence and hardships faced by Black farmers. He told me every Black person in America will know what the mule symbolized in Black farm families in the South.

For Black people, 40 acres and a mule symbolizes a broken promise for self-sufficiency and independence. My grandfather, Thomas Boyd, told me, “You can walk on your own land or trespass on someone else’s.”

How I start the day: With a cup of coffee and a check on the weather. The weather determines what I work on that day. If it is wet and raining, I can’t get in the fields.

Three words that best describe me: Born to farm.

How I unwind: By taking a walk around the farm checking on crops and livestock.

What I have learned about myself during the pandemic: At times, I can be impatient. I learned that I need to be more patient with people.

Something I love to do that most people would never imagine: Sing and dance.

Quote that I am most inspired by: “The land knows no color.”

At the top of my “to-do” list: Return land to Black farmers that was stolen by the USDA.

Best thing my parents ever taught me: Treat others with dignity and respect.

Book that influenced me the most: “Vernon Can Read!: A Memoir” by Vernon Jordan.

Next goal: Own a tractor company producing a compact tractor every farmer, especially Black farmers, can afford.