Infrastructure must emphasize equity, by Rep. A. Donald McEachin 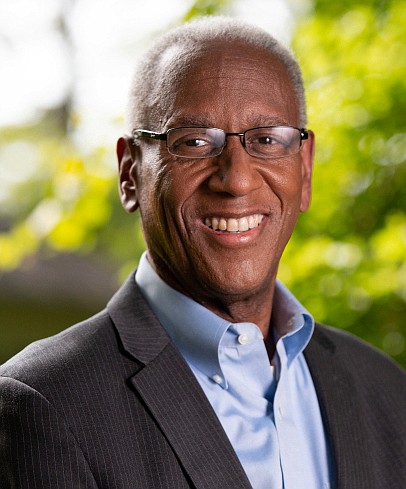 The United States is among the wealthiest countries in the world, yet we continuously rank among the worst when it comes to the overall quality of our infrastructure. As Congress sets its sights on this once-in-a-generation investment in America, we must recognize our past shortcomings, understand their impacts and resolve to address the long-standing inequities that have resulted from those mistakes.

When you stop to look at historic infrastructure investments in our country, you will find that short-sighted approaches have impacted communities across the nation. And too often these investments disproportionately impact low-income families and communities of color, isolating them and leaving them in need of basic economic resources. Infrastructure should help bridge communities together. Unfortunately, previous investments have divided neighborhoods, created barriers to opportunity and stagnated growth and innovation.

The American Jobs Plan seeks to address these historic disparities through a more inclusive, thoughtful investment approach that provides actionable steps to mitigate past wrongdoings. The plan proposes $20 billion for a new program that will help reconnect neighborhoods that have been cut off from previous infrastructure investments while promoting opportunity, prioritizing racial equity and environmental justice and promoting affordable access.

The bipartisan infrastructure framework developed by the U.S. Senate includes a small fraction of the initial amount, allocating only $1 billion to reconnect disconnected neighborhoods and communities. While this is an important first step in righting our previous wrongs, we must do more. Future infrastructure packages need to include robust investment in these efforts to ensure we are doing our part and addressing these systemic challenges created by previous infrastructure upgrades.

This program would have real, tangible impacts for historically disenfranchised communities and neighborhoods like Jackson Ward in Richmond. The neighborhood was cut off by the Federal-Aid Highway Act of 1965, one of the largest historic infrastructure investments in our country’s history that aimed to create a national interstate highway system. Despite its burgeoning, well-established economy, large sections of the Jackson Ward neighborhood were leveled in the 1950s to make way for the construction of the Richmond-Petersburg Turnpike — what is now known as Interstate 95.

Construction of the highway left entire portions of Jackson Ward unrecognizable. It cut directly through the neighborhood, destroying historic buildings and structures, ousting small businesses and entrepreneurs and wreaking havoc on residents’ lives and livelihoods.

Not only did the highway’s construction have an immediate and undeniable impact on Jackson Ward, it ultimately would lead to increased levels of air pollution and other detrimental health hazards.

The program outlined in the American Jobs Plan would provide substantial funding to create new opportunities in neighborhoods like Jackson Ward, prioritize racial equity and promote thoughtful investments that consider the communities and their residents.

I am supporting President Biden’s efforts in the House of Representatives and have helped lead legislation that aims to ameliorate some of the wrongs low-income communities and communities of color face. During this Congress, I have co-sponsored H.R. 2833, the Reconnecting Communities Act, to help mitigate the impacts of exclusionary infrastructure investments that have isolated and cut off entire communities. The legislation would fund efforts to reconnect neighborhoods and create more opportunity for residents. The bill would allocate $15 billion to cap, remove, fill in or reduce the impact of highways and interstates like I-95 that were constructed through predominantly low-income communities and communities of color in the mid- to late 20th century.

Investments in our communities’ infrastructure systems must consider the impacts on all residents, regardless of their ZIP code. It is time we revitalize these once-thriving neighborhoods like Jackson Ward and reconnect them to the resources and opportunity they need to succeed. I will continue working to advocate for the 4th Congressional District and advance meaningful policies that prioritize fair and equitable development for all.