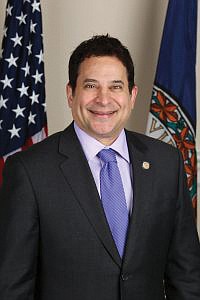 House Bill 1948, introduced by Delegate Mark Levine, a Democrat from Alexandria, required law enforcement officers to report misconduct by fellow officers. Another part of the measure, which some opponents called too subjective, required that on-duty officers provide aid as circumstances objectively permitted to someone suffering a life-threatening condition or serious injury.

The bill also sought to expand the current definition of bias-based profiling, which is prohibited in Virginia, to include gender identity and sexual orientation. Bias-based profiling is when a police officer takes action solely based on an individual’s real or perceived race, age, ethnicity or gender.

The measure passed the Virginia House of Delegates last month on a 57-42 vote and the Senate Judiciary committee killed the bill this week on a 9-6 vote. Delegate Levine introduced a similar bill last year that also failed in the Senate.

“I call HB 1948 my good apple bill because it separates the vast majority of law enforcement that are good apples from the few bad apples that are not,” Delegate Levine said when the bill was before the House of Delegates.

Dominique Martin, a policy analyst for New Virginia Majority, told a House panel that the bill would establish a mechanism to create accountability among officers.

“One of the major themes when discussing long lasting approaches to police reform is the need for change at the institutional level,” Ms. Martin said. “One aspect is addressing organizational culture. It incentivizes a more accountable culture among law enforcement.”

The executive director for Equality Virginia spoke in favor of the bill.

HB 1250, also known as The Community Policing Act, took effect July 1, 2020. The law prohibits police from engaging in bias-based profiling while on duty.

Dana Schrad, executive director of the Virginia Association of Chiefs of Police, expressed concern with the part of Delegate Levine’s bill that would require officers to provide aid to someone with a life threatening injury.

“The concern is that a lot of times in situations where you don’t know whether life-saving aid is necessarily required in that instance, the outcome may be that someone is injured more than is immediately recognizable,” Ms. Schrad said.

The requirement to render aid is not in the state code and though it is a requirement already for many districts, there is a need for consistency across the Commonwealth, Delegate Levine said.

“I’m confident that the vast majority would do so anyway,” he said. “This makes it a matter of policy. It will be taught in training.”

Delegate Levine said his bill was both modest and large.

“It’s large because it really tries to make it clear there is no thin blue line, that the goal of law enforcement is to serve the public first and you should not be covering up bad acts, severe acts of wrongdoing— that’s not technical or minimal— by your fellow officer,” he said.

Capital News Service is a program of Virginia Commonwealth University’s Robertson School of Media and Culture. Students in the program provide state government coverage for a variety of media outlets in Virginia.