Plan to replace Public Safety Building gets greenlight from committee; heads to City Council for approval 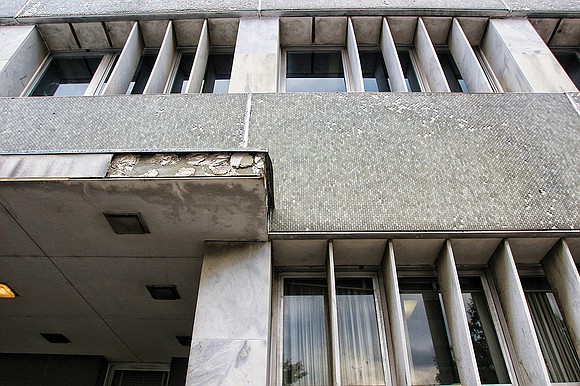 City Hall’s proposal to sell off the decrepit, 64-year-old Public Safety Building in Downtown to a private group seeking to create a complex of offices and nonprofit hotels easily cleared a City Council committee Tuesday and is poised for adoption by the full council at its meeting on Monday, Feb. 22.

The Land Use, Housing and Transportation Committee, led by City Councilman Andreas Addison, recommended approval of the building’s sale to Capital City Partners LLC for $3.5 million, which some critics call too low for a prime piece of Downtown real estate.

Under the terms of the deal, the partnership — and not taxpayers — would be required to bear the estimated $5 million cost of demolishing the building and rebuilding the section of Clay Street between 9th and 10th streets that the old building occupies.

The new development is expected to take two to four years to complete and would include office space for VCU Health and others in two, 20-story towers. The project also would include new hotels for The Doorways and the Ronald McDonald House, which serve families and patients of VCU Health.

The developers also plan to include space for retail and for a VCU Health child care center. The developers also have accepted city goals for hiring city residents and for inclusion of Black-owned and minority businesses in the construction and operation.