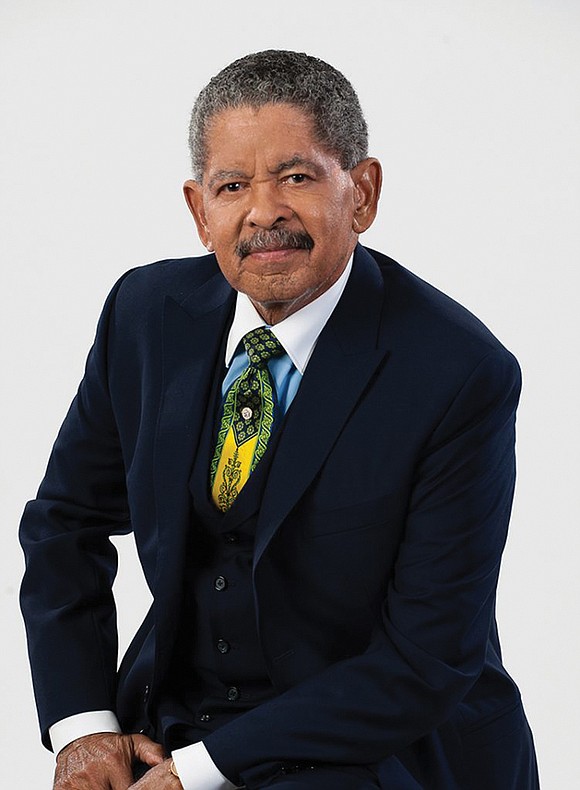 The Rev. Frederick K.C. “Fred” Price, the televangelist who built his Los Angeles ministry into one of the nation’s first Black megachurches, has died. He was 89.

Apostle Price, as he was known, died Friday, Feb. 12, 2021, according to a statement his family posted on the Crenshaw Christian Center’s Facebook page. His daughter said in an earlier post that her father had been hospitalized due to complications from COVID-19.

“Our Husband, Father & your Apostle has gone to be w/ the Lord this evening,” the Price family said in a statement posted on social media. “We accept his decision to go as he got a glimpse of glory a few weeks ago. We are sad. Please allow us some time to process. He fought the good fight of faith & laid hold of eternal life.”

Apostle Price was the longtime pastor of the Crenshaw Christian Center, which he founded in 1973 and grew into a megachurch that claims 28,000 members. The church is perhaps best known for the “FaithDome,” a large geodesic dome which opened in 1989 and seats 10,145 worshippers, making it the largest house of worship in the country at the time, according to the Los Angeles Times.

The FaithDome was built on a former campus of Pepperdine University on Vermont Avenue in Los Angeles and cost $9 million, the newspaper reported. The sprawling property also includes schools, a ministry training program and a prison ministry. Apostle Price told the newspaper at the time that he wanted the entire congregation to be able to meet at the same time.

“Multiple services are horrendous,” he said in 1989. “The purpose of the building is to have one service. And if I can get 10,100 people into one service, that’s more than we’re doing now.”

During the COVID-19 pan- demic, the Crenshaw Christian Center has served as both a testing center and a vaccina- tion site. According to the Los Angeles Times, both Apostle Price and his wife tested positive for COVID-19 earlier this year and he was hospitalized.

Apostle Price, a charismatic pastor, taught a message of prosperity, which was featured on his long-running television program, “Ever-Increasing Faith.”

“If you know ANYTHING about the Prosperity Gospel Rev. Fred Price and Crenshaw Christian Center was it before Creflo Dollar and any of those folks made it big,” religion scholar and author Anthea Butler said on Twitter after hearing news of Price’s death. “He was an original.”

Apostle Price was the pastor of Washington Community Church, a small Christian and Missionary Alliance church in Los Angeles, when he experienced the “baptism of the Holy Spirit” in 1970, according to the Crenshaw Christian Center website. He later began to study the teachings of televangelist and prosperity gospel preacher Kenneth Hagin.

As he embraced these new teachings, the congregation expanded. He eventually started a new church with no de- nominational ties, which grew from about 300 worshippers to a congregation of thousands.

In 2008, he was named an “apostle,” according to the biography posted on the church’s website. Not long afterward, he retired as pastor of Crenshaw Christian Center, handing the pulpit over to his son, Frederick K. Price Jr.

Apostle Price and his wife, Betty, were married for 67 years and were partners in ministry. In 1962, the couple’s 8-year-old son was walking home from school when a car struck and killed him, an incident recounted on the church’s website.

“Fred and I tried to console each other as best we could, and leaned a lot on one another during this time of hurt,” Mrs. Price later wrote. “My husband particularly found it hard to get over this tragedy, but he knew and continued to say, that it was not God who had taken our son from us. Looking back now, we can see how the devil was trying to destroy us as a family.”

Members of the church gave Apostle Price a Rolls Royce in the 1980s, which he defended as a sign of his faith. He disagreed with those who said Jesus was poor and said that since the Bible told him to follow Jesus’ example, that is what he intended to do.

In 2005, the Los Angeles City Council voted to name the intersection of Vermont Avenue and 79th Street after the pastor, but refused to pay for a naming ceremony due to his anti- LGBTQ comments.

In addition to his wife, Apostle Price is survived by four children.