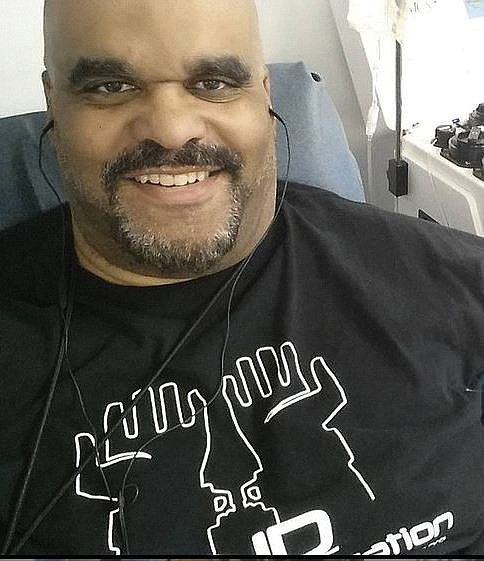 Richmond native Archie L. Harris Jr., a Washington attorney and actor, has a new role. He plays a police officer in “Wonder Woman 1984,” the superhero sequel that had the highest domestic box office opening since the pandemic closed theaters last March.

It also began showing in late December on HBO Max.

Mr. Harris has a short speaking role as “Penn Avenue Watergate Cop” in the film, his latest since the 2008 film “3 Days Gone.”

Although he has not yet landed a marquee role, his screen credits and feature roles include television and motion pictures with well-known stars. His career path has been filled with high-profile adventure, including a brief stint in professional sports and a longer commitment in the high-pressure world of law.

“I have always loved acting,” Mr. Harris said. “My love for it began in undergrad at the College at William & Mary as well as in law school.”

He signed with an agent and started his acting career 25 years ago.

The audition for “Wonder Woman 1984” began with a phone call from his agent. “The production company did not tell the actors what the audition was for,” Mr. Harris said. “You knew it was a big movie because you didn’t know the title of the movie. I auditioned with a completely different script.”

The producer and director called him back a few months later.

“They gave me the movie’s featured role of the police officer for Wonder Woman,” said Mr. Harris, who at 6-foot-6, still has the look of an NFL tackle.

“I am in one scene with one line as the Penn Avenue Watergate Cop,” he said. “I shot a couple more. However, the rest of me and my work is on the editor’s cutting room floor.”

Mr. Harris, a graduate of Huguenot High School, was drafted in the seventh round of the 1987 NFL draft and played three games with the Denver Broncos. He returned to William & Mary to earn a law degree and worked in a Washington firm.

During that time, he said he asked himself, “Do I enjoy practicing law? Do I really want to do this? If money was not an object, what would I do?”

“I started to pursue acting,” he said.

“Football helped me prepare for acting because you have to be comfortable and enjoy being in front of people as they look at you doing what you do,” he said. “The law also prepares you to be able to study and see different aspects of a character’s situation.”

Mr. Harris began performing in plays in Washington and landed acting jobs in television commercials. From 1998 to 2008, he traveled back and forth between Washington and Los Angeles for roles in film and television. That episode came to a close, he said, with the death of his father and namesake, a school administrator and well-known basketball official for the CIAA and the Virginia High School League. “My father was known for his dramatic and entertaining style, which was a great influence in my life,” Mr. Harris said. “My dad liked to perform. He gave the fans a show although you seldom get that from a referee.”

Mr. Harris still has his legal practice, specializing in food and drug law and mergers and acquisitions. Working independent of a firm, he has control over his time and the flexibility to audition when the opportunity arises. He also does voiceover work, which he has added to his skill set.

Rounding out his talent, he plays the French horn and is a martial arts instructor as well as a personal trainer.