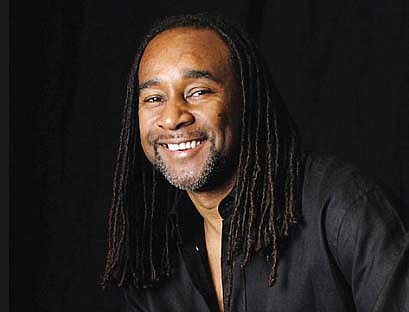 NEW YORK - Eric Jerome Dickey, the best-selling novelist who blended crime, romance and eroticism in “Sister, Sister,” “Waking With Enemies” and dozens of other stories about contemporary Black life, has died at age 59.

Emily Canders, Mr. Dickey’s publicist at Penguin Random House, said he died of cancer Sunday, Jan. 3, 2021, in Los Angeles. She did not provide other details beyond listing four daughters among his survivors.

Mr. Dickey was an aspiring actor and stand-up comic who began writing fiction in his mid-30s and shaped a witty, conversational and sometimes graphic prose style. It brought him a wide readership through such novels as “Milk in my coffee” and “Naughty or Nice” and through his “Gideon” crime fiction series, which included “Sleeping With Strangers” and “Resurrecting Midnight.”

He also worked on the screenplay for the 1998 movie “Cappuccino,” wrote a comic book miniseries for Marvel and contributed to such anthologies as “Mothers and Sons” and “Black Silk: A Collection of African American Erotica.”

Mr. Dickey wrote 29 novels in all, according to his publisher, and has more than 7 million copies in print worldwide. His final book, “The Son of Mr. Suleman,” will be released in April.

“I am truly saddened to hear about the passing of Eric Jerome Dickey,” author Roxane Gay tweeted last week. “His were some of the first novels I ever read about black people that weren’t about slavery or civil rights. He was a great storyteller.”

Mr. Dickey was a native of Memphis, Tenn., and a computer technology major at the University of Memphis. He moved to Los Angeles after college and eventually set much of his work there. He worked as a software engineer in the aerospace industry, but found himself becoming more interested in the arts. He developed his narrative skills through creative writing classes at UCLA and through reading. His favorite authors included Judy Blume.