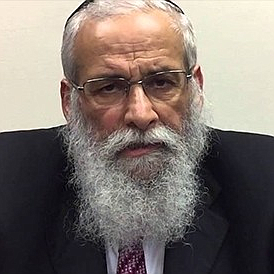 SURFSIDE, Fla. - Numerous members of an Orthodox synagogue are among those missing after the collapse last week of a seaside condominium tower in Surfside, Fla. The town is home to a large Jewish community, where the families often crowd the sidewalks before sunset as they walk to services for the Sabbath.

Rabbi Sholom D. Lipskar, founder of the Shul of Bal Harbour, said that his community is praying for miracles as rescue teams continue to search for survivors among the rubble of the 12-story Champlain Towers South.

“It definitely needs miracles ... because the circumstances are very, very grim,” said Rabbi Lipskar, who is a Chabad-Lubavitch emissary to the area.

On Wednesday, the death toll had risen to 18, with nearly 150 people still missing.

The Shul is located about 1 mile north of the building that collapsed in the early morning of June 24.

Rabbi Lipskar said the Jewish Sabbath would provide his congregation with a “moment of respite” to take a “deep breath” and gather strength as bodies are recovered and identified.