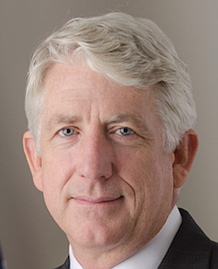 Owners and operators of apartment complexes in Richmond and across the state commonly have rejected rental applications from people using federal government-backed Housing Choice Vouchers to pay.

Virginia Attorney General Mark R. Herring just sent a clear message to the real estate industry: End the rejection of potential tenants seeking to use the vouchers to partially pay rent or prepare to pay a heavy price for housing discrimination.

He sent the message Monday in the form of 13 lawsuits that were filed against various companies operating apartment complexes in Richmond and Henrico and Chesterfield counties.

Collectively, the suits name 29 companies, 21 of which operate in Richmond.

Mr. Herring’s beefed-up Office of Civil Rights filed the first ever enforcement action that he said shows that “housing discrimination based on income would not be tolerated.”

In the circuit court filings in each jurisdiction, the Office of Civil Rights alleges the named companies refused to rent to people seeking to use the vouchers in violation of the state’s fair housing law.

The lawsuits result from a 2020 change in the state’s fair housing law spearheaded by Richmond Delegate Jeffrey M. Bourne. The change bars discrimination on the basis of “the source of income,” which includes vouchers.

The lawsuits are based on evidence collected since July by the nonprofit Housing Rights Initiative. Someone called each of the companies as a would-be renter and asked if vouchers were accepted. According to the lawsuits, each company’s property manager, staff member or leasing agent responded that a voucher was not an acceptable form of payment.

As a result, these companies “ignored the law” and effec- tively removed the “choice” in “Housing Choice Voucher,” the suits allege.

The suits request that judges find the evidence supports the charge of discrimination, require each defendant to pay damages totaling between $70,000 to $100,000 along with attorneys’ fees and provide unspecified damages to rejected applicants.

The suits also request the judges bar each of the companies from continuing the practice.

Also known as Section 8 vouchers, the vouchers are federally backed government rental subsidies that seek to provide low-income renters an alternative to public housing. The vouchers are awarded to lower-income single parents, the disabled and elderly to enable them to rent in private complexes. The vouchers pay a fixed amount, with any remaining amount supplied by the renter. However, voucher holders can only spend up to 30 percent of their income on rent.

According to the Office of Civil Rights, 47,100 people across the state currently have vouchers, or about 20 percent of the 217,000 people who rely on federal rental subsidies, including public housing.

The issue of voucher acceptance has been around since the federal government created them in 1974 with the support of President Richard Nixon before he was forced from office.

A 2020 study conducted by Richmond-based fair housing watchdog Housing Opportunities Made Equal found that only 25 of the 139 apartment complexes contacted in the Richmond area accepted vouchers.

HOME also found that nearly half of the complexes accepting vouchers were required to do so because they were developed with federal low-income tax credits or other government subsidies.

Since the Bourne amendment to the state’s fair housing act went into effect on July 1, 2020, the Virginia Real Estate Board has published regulations that put the industry on notice that voucher rejection is no longer acceptable. In April, Mr. Herring highlighted those new regulations in marking National Fair Housing Month.

A landlord himself, Delegate Bourne welcomed the enforcement action.

While the bill moved through the legislature, Delegate Bourne said he introduced the measure after receiving complaints from frustrated people with vouchers who repeatedly were being barred from applying for an apartment.

He also noted that his discussions with owners and landlords indicated that the rejection policy was based, in significant part, on racially tinged bias against vouchers holders, a majority of whom are Black or Latino.

Delegate Bourne said he introduced the legislation to ensure anyone seeking affordable housing did not face a barrier to renting “simply because of their income level.” He said it adds to efforts to “make this Commonwealth more equitable.”

Aaron Carr, founder and executive director of the Housing Rights Initiative, called the lawsuits significant in enabling his group to “shine a light on these pervasive and unlawful housing practices.”

None of the companies have responded to the filings.