Spotlight on co-chair of F.A.C.T.S., Finding a Cure Together 4 Sickle Cell 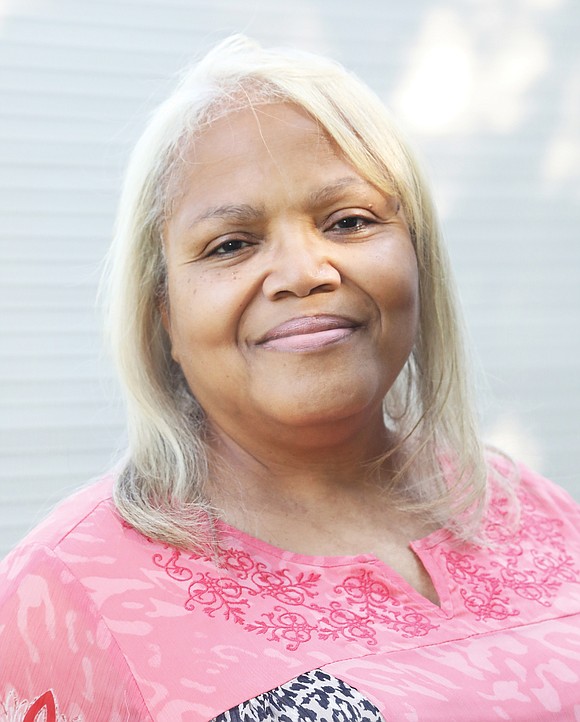 Allison Kay Coles-Johnson is half a million dollars away from bringing new hope and opportunity to thousands of Virginians and millions of others across the world.

Since 2020, the Richmond native has been serving as co-chair of F.A.C.T.S.—Finding a Cure Together 4 Sickle Cell.

Alongside the other co-chair, Kathie Teasley, Ms. Coles-Johnson is leading the group’s efforts to raise $500,000 to fully endow the Florence Neal Cooper Smith Professorship at the VCU School of Medicine. The professorship will be dedicated to sickle cell disease research, uncovering new treatments and working toward a possible cure for the sometimes fatal blood disorder that largely affects African-Americans and people of African ancestry.

“I accepted the co-chair position of F.A.C.T.S. because I truly believe in the goal of the group,” Ms. Coles-Johnson says. “The money raised for the professorship will make a huge difference in finding new treatments, removing barriers to care and improving outcomes.”

Reaching the goal will mean not just helping the many living with this illness, but also fulfilling the wishes of Ms. Smith, a F.A.C.T.S. co-founder, to see the endowed chair become a reality in helping those living with the disease.

Ms. Coles-Johnson’s relationship to Ms. Smith, who retired in 1995 as director of the Sickle Cell Anemia Awareness Program at VCU Medical Center, goes back decades. The two became sorority sisters through Alpha Kappa Alpha Sorority. While Ms. Coles-Johnson, a retired nurse manager, doesn’t have sickle cell, her connections allowed her to see firsthand the negative effects of the disease both inside and outside of work.

“I have witnessed patients struggling with extreme pain and saw firsthand how sickle cell disease can shorten lives of patients,” Ms. Coles-Johnson says. “I also have seen improvements made possible through research, better education about the disease and creating medical homes for patients.”

As a result, when the Florence Neal Cooper Smith Professorship was announced in 2014, F.A.C.T.S. and Ms. Coles- Johnson weren’t far behind in lending their support.

In her role as co-chair of the group, Ms. Coles-Johnson seeks to raise within the next two to three years the more than $500,000 still needed to fully fund the professorship. To reach this goal, the plan Ms. Coles-Johnson and Ms. Teasley have put together fo- cuses on new ways to generate attention and funding. This includes a virtual global event 4:30 p.m. Sunday, Sept. 26, called “Finding a Cure for Sickle Cell Disease Together.” The event, held in partnership with the MCV Foundation, will feature information about sickle cell and how the professorship will support research and helping patients.

“We’re pretty excited because this is something new,” Ms. Coles-Johnson says. “We’re really hoping to get the word out.”

During the last seven years, F.A.C.T.S. has raised half of the needed $1 million to endow the professorship. But Ms. Coles-Johnson feels some people aren’t aware that F.A.C.T.S.’s mission is still in progress. COVID-19 has made it much harder to perform outreach and inform the public.

F.A.C.T.S. also is dedicated to raising general awareness of sickle cell through education and support.

“I want to see this get done in her lifetime,” Ms. Coles-Johnson says.

“I’m the type of person who believes that if we work hard enough and we stay focused, we can get it done. And we don’t need to take another seven years to get it done.”

No. 1 volunteer position: Co-chair of F.A.C.T.S., Finding a Cure Together 4 Sickle Cell.

Date and place of birth: July 2 in Richmond.

Education: Bachelor of sci- ence degree in nursing and an MBA.

F.A.C.T.S. is: A committee that formed in 2014 by a group of friends of Florence Neal Cooper Smith, who wanted to provide community support for the Medical College of Virginia Foundation’s Florence Neal Cooper Smith Professorship and to raise awareness of sickle cell disease, or SCD. The professorship is the first to be named for an African-American woman in our country.

When and why F.A.C.T.S. was founded: The goal is to raise $1 million toward the Florence

Neal Cooper Smith Endowed Chair, which will contribute to the research, effective treatments and care and a cure for sickle cell disease.

Why I accepted position: Because I truly believe in the goal of the group. I want to help raise the nearly $500,000 to fully endow the chair in honor of Florence Neal Cooper Smith, who recently celebrated her 90th birthday. I would like to help fulfill her dream of seeing the chair fully endowed during her lifetime.

Also, as a registered nurse, I have seen firsthand what individuals with sickle cell disease and their families go through. I have witnessed pa- tients struggling with extreme pain and saw how SCD can shorten lives of patients. I also have seen improvements made possible through research, better education about the disease and creating medical homes for patients. The money raised for the professorship will make a huge difference in finding new treatments, removing barriers to care and improving outcomes.

Sickle cell disease is: Considered one of the most common inherited blood disorders in the United States. Due to a genetic mutation, a few months after birth, people with SCD produce red blood cells that create hemoglobin that sickles. Hemoglobin carries oxygen throughout the body and is normally donut-shaped. With SCD, the sickle-shaped hemoglobin is unable to carry oxygen as well as normal hemoglobin.

Complications and/or symptoms of SCD: Sickle-shaped hemoglobin slows the movement of red bloods cells through blood vessels, causing some red blood cells to clump together, slowing and stopping blood flow. This causes pain ranging from mild to severe. In addition, lack of proper oxygen flow to various parts of the body can cause damage to vital organs such as the heart and brain.

SCD occurs in an estimated 1 out of every 365 births among Black people orAfrican-Americans. An estimated 100,000 individuals in the United States suffer with SCD.

Virginians and SCD: An estimated 2,500 to 4,500 Virginians are living with sickle cell disease. Florence Neal Cooper Smith, along with others, worked to have screening for SCD added to newborn testing in Virginia in 1989. Testing leads to early identification of those with SCD.

Global impact of SCD: Worldwide, there are an estimated 6.4 million people living with SCD. The sickle cell gene originated thousands of years ago in Africa as a form of protection against malaria and primarily affects people of African ancestry. Migration has resulted in SCD spreading around the world.

Adults and SCD: Adults with SCD often are misunderstood when they seek treatment for pain caused by their disease.

A study revealed young adults seeking treatment for pain feel they are often stigmatized as drug seekers and frequently face inadequate pain management. Funding through the Florence Neal Cooper Smith Professor- ship helps provide education on the care of all patients with sickle cell disease, reducing the stigma attached to the disease and improving outcomes.

Life expectancy and SCD: Treatments for SCD have come a long way during the past 50 years, when life expectancy was less than 20 years. Due to groundbreaking research, such as that supported by the Florence Neal Cooper Smith Professorship, individuals with SCD are surviving well into adulthood.

No. 1 goal or project of F.A.C.T.S.: To raise funds for the Florence Neal Cooper Smith Professorship.

Strategy for achieving goals: To raise awareness of sickle cell disease while educating about the exceptional research, programs and patient care supported by the professorship.

F.A.C.T.S. partners with: The MCV Foundation

F.A.C.T.S., in partnership with the MCV Foundation, is holding a “Finding a Cure for Sickle Cell Disease Together,” a virtual global event 4:30 p.m. Sunday,Sept.26.Theeventwill feature information on SCD and provide information on how the professorship is supporting research, helping patients and raising awareness of SCD. To join us, visit www.MCVFoun- dation.org/SickleCellEvent.

How I start the day: By wak- ing up in the morning reading Psalm 91, praying and getting ready for my day. I begin the day believing that no matter what the day has in store, I must keep pushing to get through it.

A perfect day for me is: Rising early, doing my morning meditation and prayer, having some alone time with my husband, enjoying good food, reading a good book, taking a walk on the beach and listening to some old-school music and relaxing.

Something I love to do that most people would never imagine: I write poetry.

Quote that I am inspired by: A scripture, Romans 8:28: “And we know that all things work together for good to them that love God, to them who are called according to his purpose.”

My friends describe me as: A thoughtful, helpful person who loves to take charge, will go above and beyond to help others and a staunch advocate for causes near and dear to me, such as the professorship and autism.

What I am learning about myself during the pandemic: I am a lot more resilient than I thought I was in the face of the unknown. Like many, the isolation and uncertainty of the pandemic has been rough for me and my family. I have learned I can endure, adjust anddowhatIneedtodoto help me and my family make it through.

Best thing my parents ever taught me: To have confidence. They always said to me and my siblings, “If they can do it, you can do it.”

Person who influenced me the most: My mother. She was an overcomer and instilled in me and my siblings that we could achieve whatever goals in life we set for ourselves. She taught us to never underestimate who we are and what we can be.

Book that influenced me the most: “Roots” by Alex Haley.

What I’m reading now: “The Warmth of Other Suns” by Isabel Wilkerson.

Next goal: Through F.A.C.T.S., to continue to raise aware- ness of sickle cell disease and explore opportunities to raise funds toward endowing the Florence Neal Cooper Smith Professorship Chair.