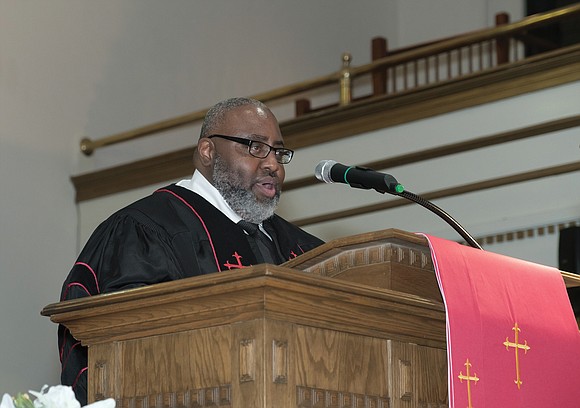 A Richmond Circuit Court judge on Tuesday refused to throw out a case in which some members of historic Fourth Baptist Church have sought protection for their voting rights in church affairs, clearing the way for a trial scheduled for Tuesday, Oct. 12.

Judge W. Reilly Marchant rejected a request from the church’s ninth pastor, Dr. William E. Jackson Sr., and the church’s deacon ministry to dismiss the suit brought by trustees and other volunteer staff of the divided church alleging that improper and undemocratic tactics have been used to enable Dr. Jackson to incorporate the Baptist church and change its governance from the traditional congregational model.

Judge Marchant agreed with William F. Seymour IV, attorney for the plaintiffs, that the sole issue is whether Dr. Jackson and his allies violated the church’s constitution and bylaws in providing notice of congregational meetings, allowing people in attendance to speak and permitting everyone to vote.

In a verbal opinion, Judge Marchant noted two state Supreme Court cases that have upheld the authority of the courts to intervene “to protect the civil and property rights” of church members without transgressing on the freedom of religion spelled out in the state and federal constitutions.

The case has exposed major divisions in the church that was organized before the Civil War and whose sanctuary has been a prominent landmark in Church Hill since it was built in the 1880s.

The case began percolating last year after Dr. Jackson secured a church vote to dismiss the trustees and the treasurer after they sought to block payment of employees who they believed should seek unemployment rather than remain on the payroll when the pandemic forced Fourth Baptist to halt in-person services and move to online worship.

The tension increased when Dr. Jackson won endorsement at a congregational meeting for his controversial plan to incorporate the church. That action led to the suit from the ousted trustees and other members who claimed the meetings were rigged. All of the meetings were held virtually via Zoom, creating complaints that some elderly members did not receive notice or were unable to participate.

In mid-April, as the pastor made plans to stand up the new corporate structure, Fourth Baptist Church at P Street Inc., Judge Marchant intervened after plaintiffs raised the alarm. He ordered the church to reinstate the trustees and treasurer and barred further action until a full evidentiary hearing could be held.

Judge Marchant told both sides that the plaintiffs at the October hearing would need to provide substantial evidence of the violations of democratic procedures to have the current temporary restraining order made permanent.

He said that he could, if he found it necessary, install a court-appointed monitor to ensure proper procedures are followed at future in-person church meetings to settle the issue of whether the current trustees should remain in place and whether the church should incorporate or he could dissolve the current injunction if the evidence proved insufficient.

He urged both sides to hold settlement talks to come up with a solution that would be better than anything he could impose as he had only “blunt and awkward tools to work with.”