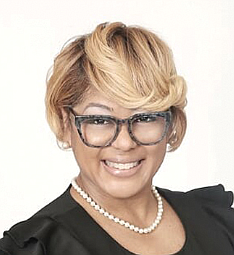 After a year of internal disagreement and conflict with the mayor and City Council, the Richmond School Board voted 5-4 Monday to build a much-needed and long-overdue new George Wythe High School with a capacity for 1,800 students.

The vote ends a long impasse with the Richmond City Council, which had refused to turn over $7.3 million in design funding for the building to the School Board because it believed a 1,600-seat school sought by the School Board would be either at capacity or overcrowded on the day it opens.

The City Council, which had pushed for a larger 2,000-seat school, signaled on Monday morning that they would support releasing the money if the School Board embraced a compromise to construct an 1,800-seat school.

The compromise had been proposed previously by Councilwoman Ellen F. Robertson, 6th District.

The School Board vote Monday night ends the stalemate with the council and came about because of School Board Chairwoman Shonda Harris-Muhammed, 6th District, switching her position to support a slightly larger school than a slim majority had backed for months. She joined board members Liz B. Doerr, 1st District; Cheryl L. Burke, 7th District; Dawn C. Page, 8th District; and Nicole Jones, 9th District, in supporting an 1,800-student school.

Before the vote, Ms. Harris-Muhammed told her colleagues that the board has to have schools that are built to serve the district’s entire community.

Mayor Stoney praised the School Board in a statement released Tuesday morning. “The Richmond School Board did the right thing last night. They put Richmond’s children first.”

He continued: “City Council can now vote to transfer funding knowing the school that is built will be able to accommodate all of the children who attend on the day it opens.”

City Council is expected to vote to transfer the money at its meeting on April 25.

In an interview Tuesday with the Free Press, Ms. Jones, who represents the district in which George Wythe High School is located, expressed her pleasure and excitement about the board’s vote to move the construction process forward.

“Finally! Finally! We shot the ball through the hoop,” she said.

Ms. Jones said she never doubted that her colleagues had students’ best interests at heart.

George Wythe was built in 1960 and has been in line for replacement for many years because of its decrepit condition. Students, parents and advocates have for months pushed the School Board to stop blocking progress to construct a new George Wythe and come to an agreement with City Council.

“This is not a game of ‘Deal or No Deal,’ ” Tisha Erby, a George Wythe graduate whose five children now are students in Richmond Public Schools, told the School Board during a public comment period before Monday night’s vote. “We need a bigger building. The board needs to compromise with City Council.” James “J.J.” Minor III, president of the Richmond NAACP, also released a statement calling for the funding of a new George Wythe High School without further delay.

“We further suggest that there be an understanding that the architectural plans should include the capacity to add a wing for several hundred more students when the population projections indicate the growth warrants expanding,” the statement read.

Mayor Stoney also called for the building’s plans to include an expansion, but that was not included in the motion by Ms. Page that the School Board approved.

Superintendent Jason Kamras was elated about the vote.

“I am grateful that everyone was able to find common ground so our kids could win,” Mr. Kamras told the Free Press on Tuesday morning. “Now we will roll up our sleeves and start building a world-class new George Wythe.”