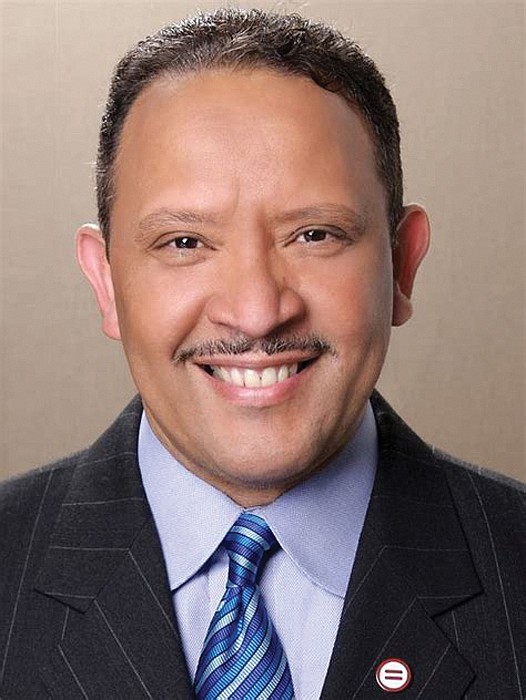 The National Urban League and the civil rights community have had few champions in Congress as tenacious and effective as Rep. Karen Bass of California.

Earlier this year, the National Urban League worked closely with Chairwoman Bass and the Congressional Black Caucus on negotiations that led to President Biden’s Executive Order on Advancing Effective, Accountable Policing and Criminal Justice Practices to Enhance Public Trust and Public Safety. She and I partnered last year to highlight racial equity in COVID vaccines, and she advocated fiercely for the National Urban League’s priorities in the federal COVID relief responses.

Karen Bass has been a mainstay of our annual Legislative Policy Conference.

Now, the House of Representatives’ loss is the City of Los Angeles’ gain. We are proud to congratulate Rep. Bass as she prepares to be sworn in as the first woman to hold the office of mayor of Los Angeles.

Her inauguration on Dec. 12 also will mark the first time in history that the nation’s four largest cities, will be led by Black mayors. She joins Eric Adams of New York, Lori Lightfoot of Chicago, and Sylvester Turner of Houston.

As a former big city mayor myself, and a past president of the U.S. Conference of Mayors, I am perhaps a little biased, but I also am convinced that mayors are the most important elected officials in the country. Cities are the economic engines of the nation. They are laboratories of innovation. When a failure of leadership at the federal level crippled the nation’s response to the COVID pandemic, our mayors stepped into the breach.

The election of Rep. Bass, a longtime social justice advocate and coalition-builder, can be seen as a rejection of racially divisive policies such as the “tough-on-crime” agenda advocated by her opponent, and the underhanded scheming revealed by a leaked recording of city council members making crude, racist remarks.

Mayor-Elect Bass is the ideal leader to bring together a city struggling to confront rising crime and a homelessness crisis. Her experience as an emergency room physician assistant treating individuals who were homeless, in the grip of substance abuse, and victims of crime and violence inspired her in 1990 to found the Community Coalition to address the root causes of injustice.

Her breakthrough as the first woman and second Black mayor of L.A. is just the latest in her long history of blazing trails for Black women. In 2004, she entered office as the only Black woman serving in the California state legislature. She was the first to lead a state legislative body when she was sworn in as speaker of the California State Assembly in 2008. She earned the 2010 John F. Kennedy Profile in Courage Award for her leadership during the state’s budget crisis, which “put an end to years of govern- ment inaction and sidestepping of the difficult decisions.”

When the election of the most ethnically and culturally diverse Congress in United States history swelled the ranks of the Congressional Black Caucus to a historically large membership in 2018, it was Karen Bass they turned to for leadership. With members serving as five full committee chairs, and 28 subcommittee chairs, the CBC under her watch advanced major racial justice priorities including establishing a record of continued voter suppression efforts around the country, laying the foundation for passage of the John Lewis Voting Advancement Act.

She was the primary sponsor of the George Floyd Justice in Policing Act, the most transformative legislation on policing to ever pass in a chamber of Congress. As a member of the House Judiciary Committee, she was instrumental in passing the First Step Act, the most significant criminal justice reform in decades.

While Karen Bass has won the mayoral election, the real winners are the people of Los Angeles, who, under her leadership, have an opportunity to usher in a new era of inclusive, more equitable civic leadership.

The writer is president and CEO of the National Urban League.