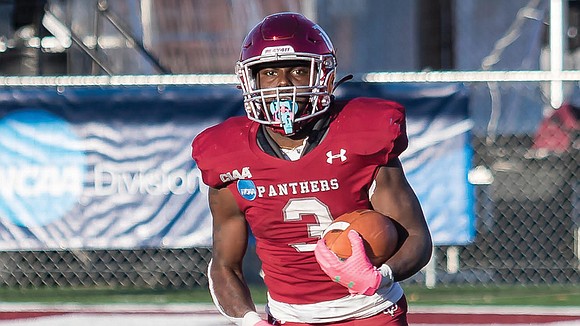 Jada Byers has made history on the football field. Now he’s hopeful of making more history at the ballot box.

The winner will be announced Dec. 16 and will be presented Jan. 13 at the Little Rock, Ark., Touchdown Club.

If selected, the New Jersey native would be the first athlete from an HBCU to be so honored. The Hill Award dates to 1986.

In leading VUU to this year’s Division II playoffs, Byers led the nation with 1,928 rushing yards and 2,256 total yards. He broke both the VUU and CIAA records for rushing, and was named CIAA Offensive Player of the Year.

The list of finalists includes four quarterbacks, three running backs, one wide receiver and one defensive back.

A national panel of university sports information directors vote on the award winner.

Harlon Hill was a standout back at North Alabama (then called Florence State) before going on to star in the NFL with the Chicago Bears.