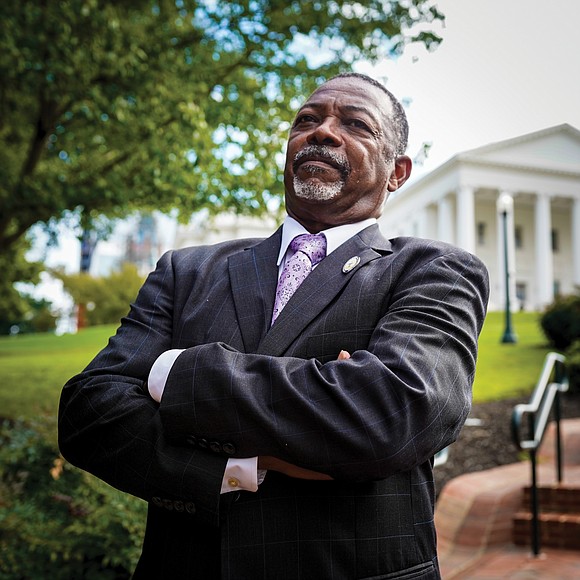 The new boundaries for Virginia’s election districts for Congress and the General Assembly will not face any immediate legal challenge from the Virginia State Conference NAACP.

Essentially, he said the NAACP is disappointed, but will accept the redrawn districts that have been put in place.

The two redistricting experts the court hired to draw the maps based on 2020 Census data, Democrat Dr. Bernard Grofman and Republican Sean Trende, brushed off concerns raised by the NAACP’s lawyers about the data that was used and the boundary lines that were created.

The approved General Assembly maps also put at risk the re-election prospects of six members of the Virginia Legislative Black Caucus, including its chairman, Henrico Delegate Lamont Bagby, who is now in the same district as a white incumbent Democrat.

Mr. Barnette said the legal team, including attorneys from the national NAACP, the Lawyers’ Committee for Civil Rights Under Law and the Hogan Lovells law firm, advised the state NAACP to wait to see the impact of the boundary changes. He said election results based on the new lines would better determine whether Black voting strength was undermined.

Separately, the state NAACP’s leadership reported being encouraged about the ability to achieve “a positive working relationship” with the incoming administration of GOP Gov.-elect Glenn A. Youngkin.

Mr. Barnette said he and Mr. Love “are encouraged by the incoming governor’s willingness to facilitate productive talks with the Virginia NAACP and receive his commitment to be accessible, responsible and transparent.

“We look forward to working with the incoming administration on areas of shared interest, including increasing funding for historically black colleges and universities and expanding educational opportunities for Virginia’s children,” Mr. Barnette said.

He did not mention other issues of concern to the NAACP, such as voting rights, gun control and criminal justice reform, on which there could be substantial differences.

However, the meeting continues a tradition of the state NAACP meeting regularly with top state officials to discuss matters of concern to Black Virginians and other people of color.