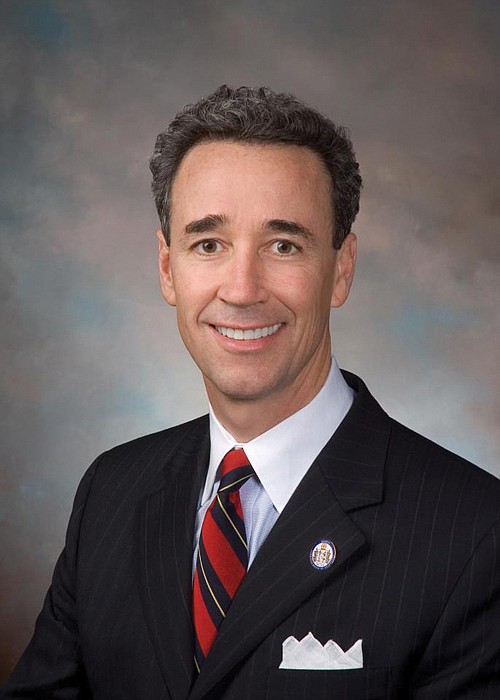 Richmond state Sen. Joseph D. “Joe” Morrissey received a pardon from former Gov. Ralph S. Northam for his misdemeanor conviction eight years ago that stemmed from his sexual relationship with his 17-year-old receptionist who later became his wife.

Sen. Morrissey is among the record 1,200 Virginians whom Gov. Northam stated in a news release that he pardoned during his four years in office, including eight people who were exonerated due to wrongful convictions.

That total exceeds the number of pardons issued by the previous five governors combined and is the most for any governor since Virginia’s founding, historical records show.

The list includes the last two men on Virginia’s death row, whose sentences Gov. Northam converted to life in prison without parole.

“I’m very grateful to the governor,” said Sen. Morrissey, a fellow Democrat. He was notified that his petition for a pardon had been granted on Jan. 13, just two days before Gov. Northam left office and his successor, Republican Gov. Glenn A. Youngkin, was inaugurated.

Sen. Morrissey said both he and his wife, Myrna Pride Morrissey, are “delighted” as are “our four children, who will understand it better in the years to come.”

Now 64, Sen. Morrissey was convicted in December 2014 of contributing to the delinquency of minor, a misdemeanor, because Ms. Pride was under the age of consent in Virginia. The conviction led him to be disbarred from practicing law for the second time in his career.

For Sen. Morrissey, the pardon represents a first step in his quest to have his law license restored. He said his attorneys would be pursuing estoration, which the Virginia Supreme Court ultimately would need to approve.

The conviction came while Sen. Morrissey was serving in the House of Delegates. He resigned his seat, won a subsequent special election and then, while locked up in a Henrico County jail, became the first legislator to commute from a jail cell to cast votes in the General Assembly.

He made an unsuccessful run for Richmond mayor in 2016, and then, in 2019, was elected to his current seat in the state Senate representing a district that extends from Richmond to Petersburg. He has since made criminal justice reform a signature part of the legislation he has introduced.