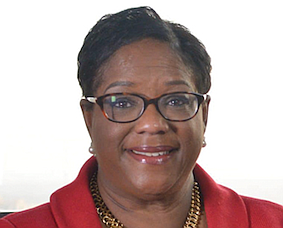 Cheryl A. Hickmon, national president of the Delta Sigma Theta Sorority Inc. and chair of its National Board of Directors, passed away peacefully last Thursday, Jan. 20, 2022 at the age of 60, following a battle with a “recent illness,” according to the sorority’s national website.

“She is remembered not only for her role as a leader but for being a colleague, friend, and most of all, sister,” the sorority wrote in an announcement on its website. “The entire sisterhood of Delta Sigma Theta Sorority, Incorporated mourns the loss of President Hickmon.”

Delta Sigma Theta Sorority, a private, not-for-profit organization, provides assistance and support through established programs in local communities around the world. The sorority currently has 1,000 collegiate and alumnae chapters located in the United States, Canada, Japan (Tokyo and Okinawa), Germany, the Virgin Islands, Bermuda, the Bahamas, Jamaica, West Africa and the Republic of Korea.

A native of Hartford, Conn., Ms. Hickmon joined the Hartford Alumnae Chapter of Delta Sigma Theta Sorority in 1982 through the Alpha Xi Chapter at South Carolina State University, and served in several roles at the local, regional and national level.

“Throughout her membership with the organization, she served in many capacities,” the NAACP said in a statement. “From vice president to Atlantic regional representative, her dedication and commitment to seeing the legacy organization thrive were unmatched.”

Ms. Hickmon was elected the 27th National President of Delta Sigma Theta last November in Atlanta during the sorority’s 55th national convention. Following the announcement of Ms. Hickmon’s death, several prayer services have taken place in her honor and remembrance.

Outside of Delta Sigma Theta, Ms. Hickmon was a licensed clinical laboratory technologist, and worked for more than 30 years at Montefiore’s Institute for Reproductive Medicine and Health, where she supervised the In Vitro Fertilization Laboratories for Andrology and Endocrinology.

Ms. Hickmon was also a founding member of the Thrill-seekers Inc. Ski and Adventure Club of New York, and served as part of the Children’s Defense Fund, the National Council of Negro Woman, and the NAACP, among others. Her work across multiple groups led to her being recognized many times over, including as one of the 100 Most Influential African-Americans in the State of Connecticut by the Connecticut Chapters of the NAACP and receiving the Citizen of the Year Award from the Tau Iota Chapter of Omega Psi Phi Fraternity Inc.

Ms. Hickmon’s biography for the Delta Sigma Theta website features a motto that speaks volumes to the approach she took to her life and her work: “Don’t measure life by the number of breaths you take but by the number of moments that take your breath away.”

No funeral arrangements were announced at the time of the Richmond Free Press publication.