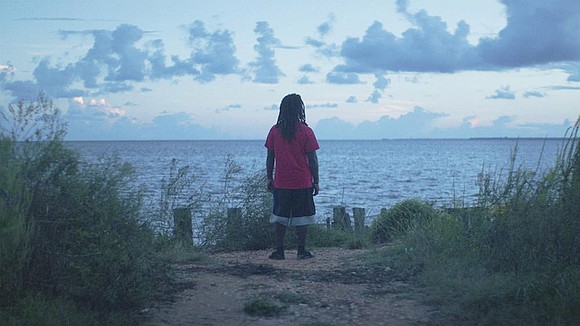 “Descendant,” which recently premiered at the virtual Sundance Film Festival, chronicles the discovery of a 90-foot-long wooden slave schooner that was secretly burned and sunk near Mobile, Ala.

Rarely have past and present mingled in a documentary the way they do in “Descendant,” a nonfiction account of the last known ship to bring African captives to the American South for enslavement.

Margaret Brown’s “Descendant,” which recently premiered at the virtual Sundance Film Festival, chronicles the discovery of the ship, a 90-foot-long wooden schooner that was secretly burned and sunk near Mobile, Ala., after it was used to illegally take and enslave 100 Africans on a trip across the Atlantic in the mid-19th century, decades after the international slave trade had been outlawed.

“Descendant” closely documents the finding of the Clotilda, which was confirmed in 2019. For locals, it’s a long overdue affirmation of a long-obscured history that for a century was rarely mentioned. The Mobile River site is effectively a 160-year-old crime scene of America’s original sin, where in 1860 Timothy Meaher, their enslaver, and the ship’s captain, William Foster, submerged the evidence.

But Ms. Brown’s expansive, ruminative documentary is more focused on the questions of heritage, history and justice that the Clotilda unravels for its descendants and the community of Africatown, the town outside Mobile created by many of those enslaved from the Clotilda.

“The story of the ship is just the tip of the iceberg,” Ms. Brown said in an interview. “It’s not even really the story. The ship is kind of like the inciting incident.”

Africatown was designated as a historic district in 2009 but has been long blighted by a paper plant and pollution; zoning protections came much too late for its residents. In “Descendant,” the Africatown’s present is deeply and plainly related to its past.

Ms. Brown grew up in Mobile, and has previously documented its racial histories. Her 2008 film “The Order of the Myths” thoughtfully depicted the segregated tradition of Mardi Gras while also delving into the history of Africatown and the Clotilda. She was moved to return to the subject when journalist Ben Raines first thought he had found the wreck, leading news media and others to flock to Mobile. (Mr. Raines’ initial discovery was wrong, but he is credited with spurring interest in a search that led to the identification of the wreckage.)

“Stanley Nelson once said, ‘It’s time for white filmmakers to make movies about their ancestors.’ Like: Stop making movies about our ancestors. And that really resonated with me,” says Ms. Brown. “‘Order of Myths’ is kind of like white anthropology. I thought this movie would be more like that. That’s not what it wanted to be. At a certain point was like: I think this untold story is the story.”

Ms. Brown was instead guided by Clotilda descendants who appear in the film like Lorna Woods, Emmett Lewis and Joycelyn M. Davis, co-founder and vice president of the Clotilda Descendants Association. Conversations flow about the importance of knowing one’s history and not being cut off from it. Reparations are discussed. With the Clotilda’s discovery potentially bringing tourism and investment in the area, a community rallies to seize its history and its future at once.

While he doesn’t appear in the film, Ahmir “Questlove” Thompson is an executive producer of the film. He, too, is a Clotilda descendant, something he learned as a guest on PBS’ “Finding Your Roots,” with Henry Louis Gates. It took the show’s researchers more than two years, Mr. Thompson said, to track down his family history.

“It’s important for me to know where I came from,” Mr. Thompson said in a streamed Sundance conversation. “There’s an idiom saying you don’t know where you’re going unless you know where you came from. Just to know that I came from somewhere really did something to me that was a paradigm-, life-changing experience. Getting involved in this project, I was ecstatic to do so because I was hoping I could learn even more.”

For Mr. Thompson, “Descendant” shares a connection with his 2021 film, “Summer of Soul (Or... The Revolution Will Not Be Televised),” which documented how footage of a staggering Harlem 1969 music festival was ignored for decades.

“Black erasure is sort of a common theme that’s been happening in my life the last two and a half years,” said Mr. Thompson. “With both of these projects, I’m learning different extremes of Black erasure.”

“Descendant,” which is up for sale at Sundance, was made by Participant Media, the socially minded produc- tion company behind films like “An Inconvenient Truth,” “Spotlight” and “John Lewis: Good Trouble.”

A virtual Sundance has put a damper on many movies that might have had their moment before a packed theater, but

it’s especially painful for those involved with “Descendant.”

While there are a number of projects about the Clotilda and its legacy upcoming — a planned museum, a National Geographic special, a new book by Raines — the standing ovation “Descendant” and its subjects would have surely received would have been a deserved moment of recognition.

“I think everyone was coming. Participant was bringing some of them and then other people were just coming,” sighs Mr. Brown. “It was going to be a lot of people.”