Your vote, your choice, by Dr. E. Faye Williams 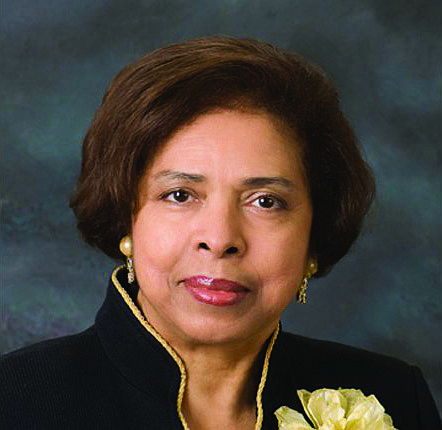 Our voting responsibilities ARE NOT finished! Our obligation to the ancestors requires us to engage in one more election this season. We must vote – with either our ballots or our contributions.

I won’t recommend a candidate to you. The only thing I ASK is you vote.

I have listed reasons for voting more times than I can remember, but I will add one more time that too many people, figuratively and literally, gave their lives for us to attain the right to vote.

I also will present the facts about the candidates as I know and believe them to be. Any voting decision you make will be determined by your critical assessment of the information I present and the synthesis of that information with other information you may have received from other media sources.

Some will ask, “Why are you bringing up voting now after the elections are over?” My response is, “We have one more election to go before we are finished. Although the Senate majority has been determined, the outcome of this election will exemplify the type and quality of leadership we expect and demand for the next six years.”

Of course, I am referring to the Georgia runoff election between incumbent Sen. Raphael Warnock and Herschel Walker.

With the current acrimony between Republicans and Democrats, the warfare-style, mortal enemy attitude between the parties, and the “always say never!” position to opposing viewpoints, we must intelligently and actively consider the outcome of every election.

It has been suggested that most voters choose candidates who most closely match their character, philosophy, interests, and aspirations. Logic informs us that anyone running for public office would want to present the most complimentary image of her/himself as possible. For some, this means telling the truth, the whole truth, and nothing but the truth. Others must embellish the truth to present themselves as more qualified or worthy. The rest must LIE to cover a myriad of indiscretions, lapses in judgment, hypocrisies, moral failures, unsavory associates, or criminal intent.

Can we run the risk of electing a known liar or of lies being told when circumstances might impact our safety and security?

The candidate who willingly lies to you once is telling you that he/she will lie again, and we know to believe a person who tells us who they are the first time.

If you are willing to accept factual reversals, suspicious “spinning,” blatant lies, and misrepresentations of facts in the face of opposing credible evidence, then this election offers you your candidate of choice. Those are the chaacterizations that have been verified by a family member of one of the candidates.

Temperamental instability and demonstration of violence are traits of character that are unsuitable for a candidate and/ or a sitting senator. Documented facts show this type of behavior to be true of one of the candidates.

A candidate who would accept special consideration for him/herself while holding constituents to a rigid and dogmatic standard of conduct is unsuitable for election. Again, one candidate in Georgia offers you that choice.

Citizens are not well-represented by those who have shown themselves to be hypocrites or liars. Your choice is to decide who and what you believe by your vote.

The writer is president of The Dick Gregory Society and president emeritus of the National Congress of Black Women.