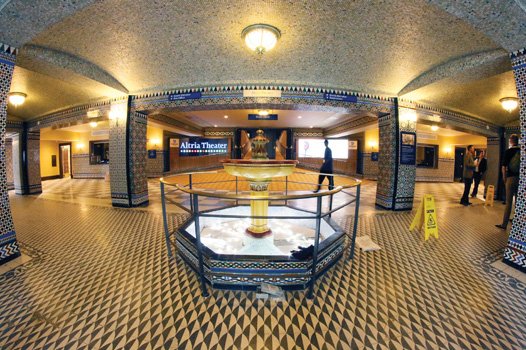 A gleaming lobby awaits patrons at Altria Theater. Modern touches were added in the renovation of the 87-year-old performing arts building.

Revamped acoustics — including a new sound system and sound-absorbing materials — are among the biggest changes in the grand venue once known as The Mosque and Richmond’s Landmark Theater.