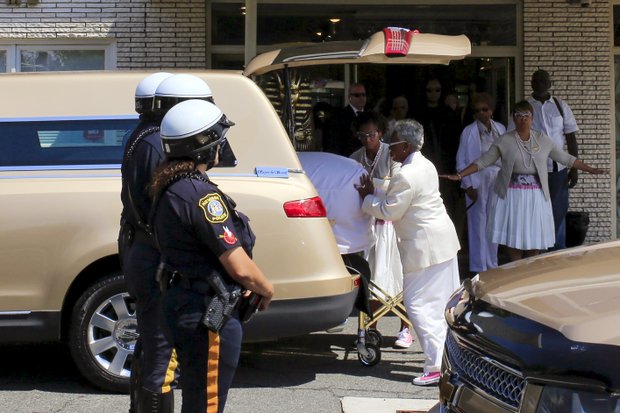 Whigham Funeral Home employees put the coffin of Bobbi Kristina Brown into a hearse Monday as they prepare to leave for the private burial in a Newark, N.J., cemetery. Both the burial and a memorial service last Saturday at a suburban Atlanta church were closed to the public and the media.

Bobbi Kristina Brown was buried early Monday afternoon next to her iconic mother, Whitney Houston, at a cemetery in New Jersey.