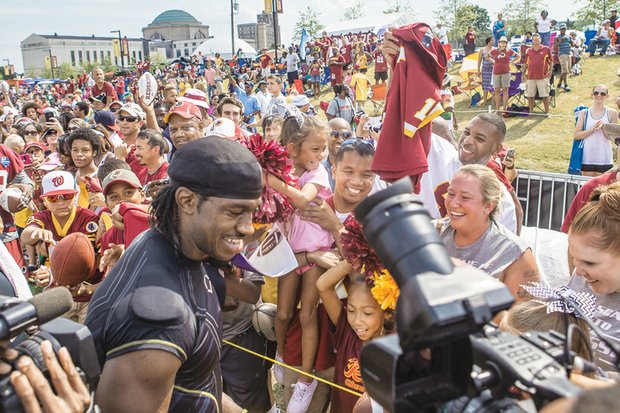 Washington quarterback Robert Griffin III, aka RGIII, greets well-wishers Saturday at Fan Appreciation Day at the team’s training camp behind the Science Museum of Virginia. Clockwise from top right, Tatum Johnson, 7, gets a better look by riding the shoulders of her father, Bill Johnson.

The Washington professional football team’s training camp in Richmond appears to be losing public interest as fast as a slow-footed quarterback loses ground behind a porous offensive line. The camp averaged about 5,800 fans each day, compared to more than 11,000 each day last summer. And Saturday’s Fan Appreciation Day attracted just 7,130 fans, down from last year’s 20,477.