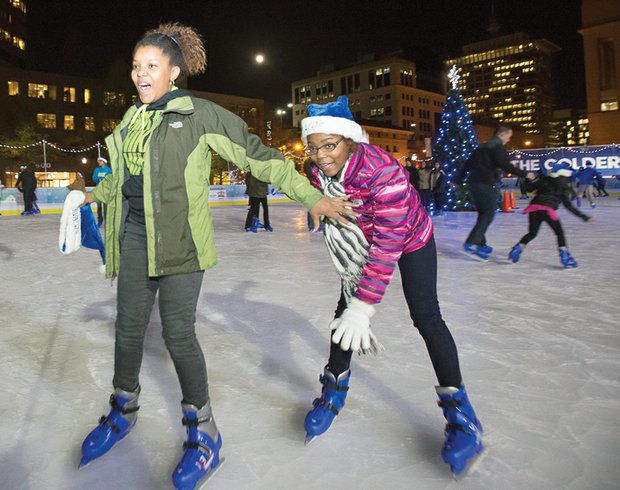 Brimming with excitement, Jessica Henderson, 14, reaches back to help Jordyn Henderson, 12, stay on her feet as the two skate at the city’s outdoor rink in the 600 block of East Broad Street in Downtown. They joined dozens of other skaters at last Friday’s opening ceremony for RVA On Ice, which debuted its sixth season with music, games, activities and prizes. American Idol finalist Rayvon Owen of Henrico County and the Richmond Boys Choir performed at the kickoff event that was hosted by Richmond Mayor Dwight C. Jones. The rink will be open for skating through Sunday, Jan. 3.