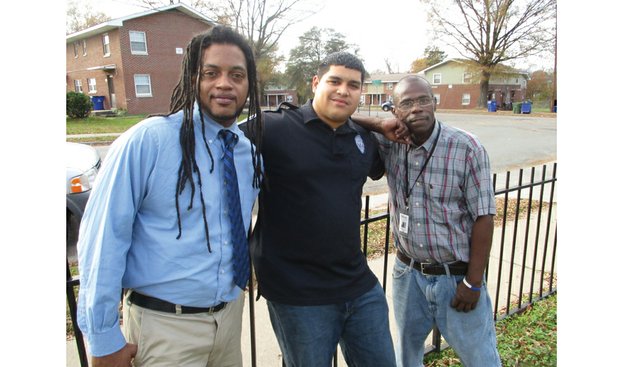 Richmond Police Officer Reynaldo Perez is flanked by Shaun Moore, left, and Jeffrey Perry, who found jobs after participating in Bridging The Gap One Human At A Time, a program the officer started. Location: Mosby Court public housing community.

Officer’s jobs program puts men on right side of law

Jeffrey Perry served 18 years in prison for his role in an armed robbery. Shaun Moore served two separate stints behind bars — seven months for possession of drugs with intent to distribute and, later, four months for failure to pay child support.