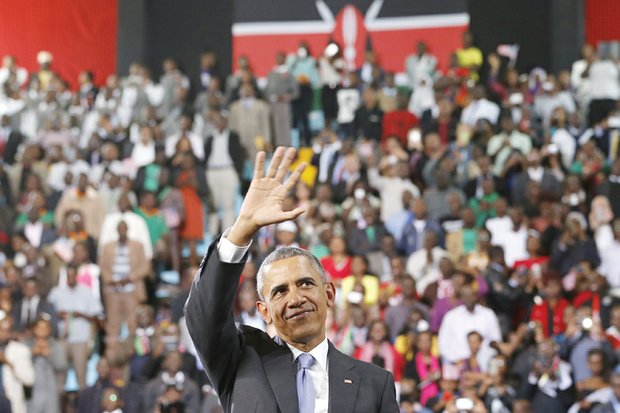 OBAMA IN AFRICA-
President Obama waves to a cheering crowd that packed an indoor stadium Sunday in Nairobi, Kenya, for the president’s visit. Kenya, the homeland of President Obama’s father, was the first stop on the president’s six-day journey through Africa, where he met with African heads of state and, on Monday, addressed the African Union in Addis Ababa, Ethiopia. In addition to seeking to further trade and cooperative arrangements between the United States and the African continent, the president addressed issues of human rights, women’s rights, ethnic conflict, corruption, terrorism, democracy, economic growth and presidential term limits. While in Kenya, he met with his extended family members. He is the first sitting U.S. president to visit Kenya or Ethiopia.