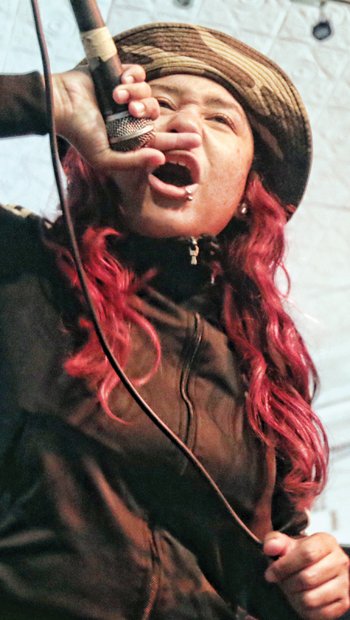 Local artist Destiny DaChef takes her turn on the mic.