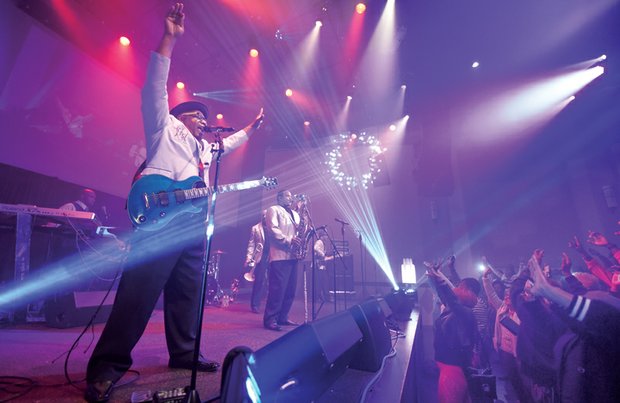 Jammin' at the Hippodrome // Hundreds of fans showed their appreciation as R&B band Con Funk Shun jammed Saturday evening at the Hippodrome Theater in Jackson Ward. The show was moved inside to the theater after the two-day, outdoor 2nd Street Festival was cancelled by organizing group Venture Richmond because of inclement weather. During the performance, state Delegate Jennifer L. McClellan read a proclamation from the General Assembly recognizing the annual festival. Venture Richmond officials said they plan to set another date for the formal unveiling of a state historical marker commemorating Jackson Ward’s renowned former Miller’s/Eggleston Hotel. The unveiling scheduled for Oct. 2 also was postponed because of the weather.