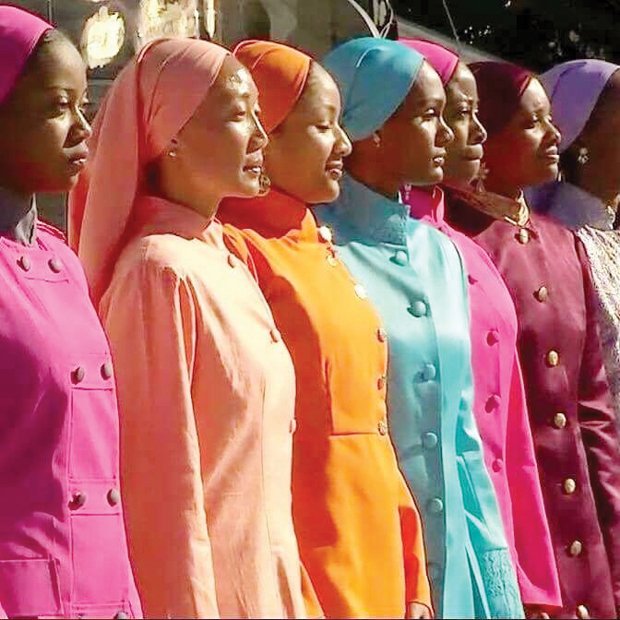 Muslim women in the Nation of Islam’s female training program take the stage during the Justice Or Else rally.