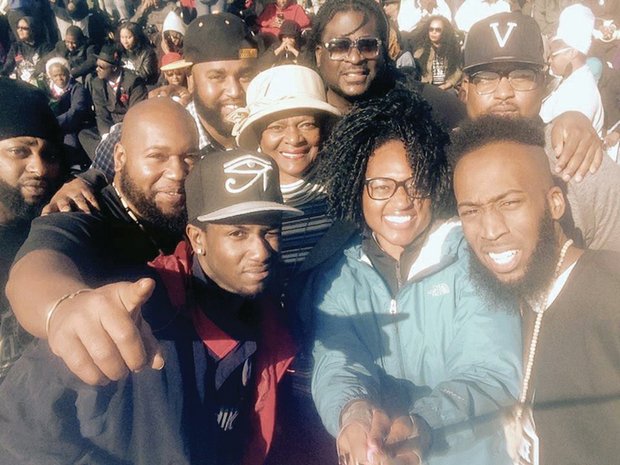 Richmond Delegate Delores L. McQuinn, white hat, and her son, James “J.J.” Minor, sunglasses, pause for a photo with family and friends in the massive crowd at the rally on the National Mall in Washington.