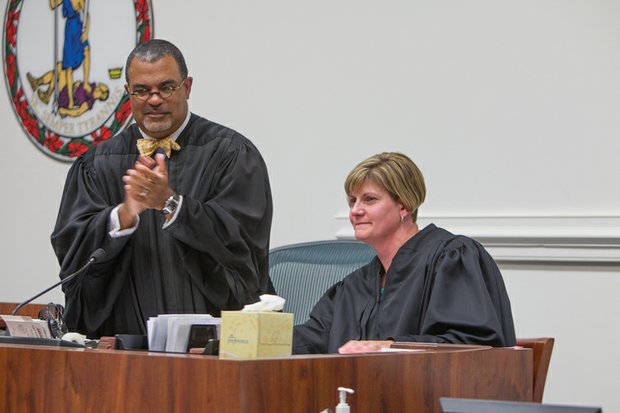 New Judge Mary Elizabeth Langer receives applause from the chief judge of the Richmond Circuit Court, C.N. Jenkins Jr. She joined him on the bench during a ceremony last Friday in which she was officially installed as a judge of the Richmond Juvenile and Domestic Relations District Court.

With help from her brother, Christian, Mary Elizabeth Langer donned the black robe of a judge. She was formally installed last Friday as the newest judge on the Richmond Juvenile and Domestic Relations District Court. She succeeds Judge Angela E. Roberts, who retired July 29 after 26 years on the bench.