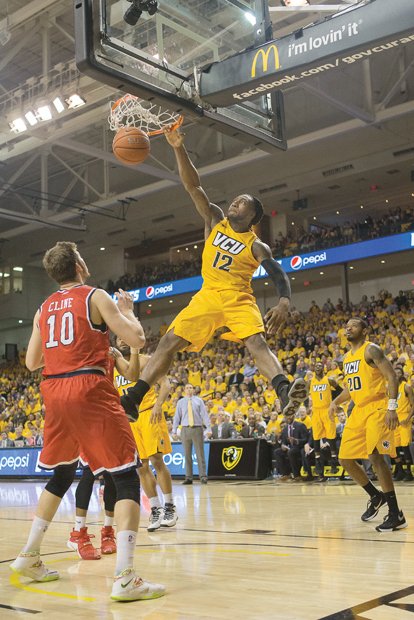 Virginia Commonwealth University forward Mo Alie-Cox emphatically slams home two of his 12 points in the Rams’ 87-74 win last Friday over the University of Richmond Spiders at the Siegel Center.

VCU on the rise