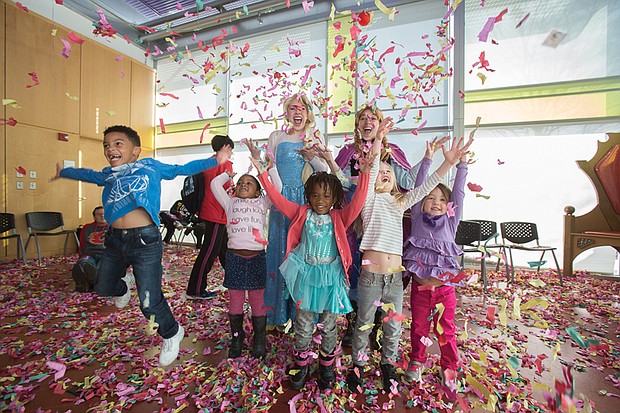 Party like it’s 2017! //
Children from around Metro Richmond throw confetti and whoop it up at their own “Noon Year’s Eve Bash” last Saturday at the Children’s Museum of Richmond. The New Year’s Eve celebration, held 12 hours before most adult celebrations, included a grand parade, led by the museum mascot, Seymour the Dinosaur, and a toast with juice boxes. “Anna” and “Elsa,” characters from the highly popular 2013 Disney film “Frozen,” joined the youngsters in ushering in 2017 and learning about New Year’s celebrations and customs from around the world.