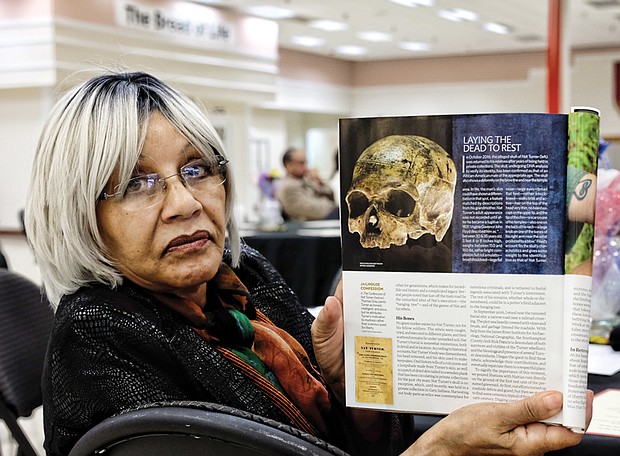 Evelyn Hawkins, a retired John Marshall High School librarian, shows the current edition of National Geographic magazine and the skull now being analyzed at the Smithsonian. Mrs. Hawkins' family now owns the Southampton County farm where Nat Turner was captured after the enslaved people’s uprising in 1831.

Nat Turner, who led one of the bloodiest rebellions of enslaved people in history, has connected the members of the George Wythe High School Class of 1974 in a unique way.