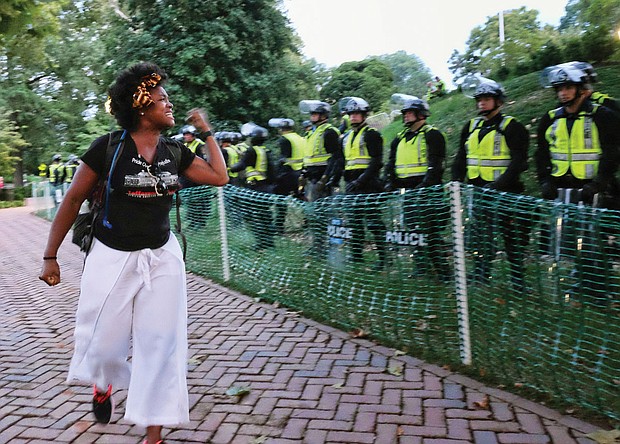 A University of Virginia student expresses her disgust at State Police who blocked off part of the campus Saturday where white supremacists carrying torches attacked members and supporters of Black Lives Matter last August.