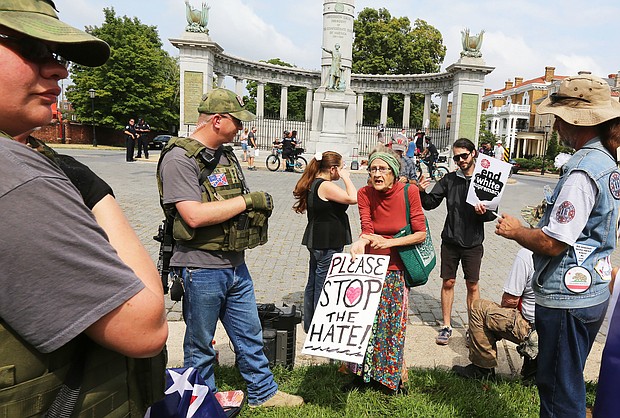 Mary Atkins, 73, takes her argument to stop the hate directly to the group of about 15 neo-Confederates, several carrying military-style weapons, who staged a rally Sunday to call for keeping the statue of Confederate President Jefferson Davis on Monument Avenue. Counterprotesters, who want the statues honoring Confederates to be removed, arrived early and took over the space directly at the foot of the monument.

“Tear these racist statues down!” Those words, shouted by about 40 counterprotesters on Monument Avenue, drowned out attempts by about 15 neo-Confederates on Sunday to speak in support of keeping the statue of Confederate President Jefferson Davis on the tree-lined street.