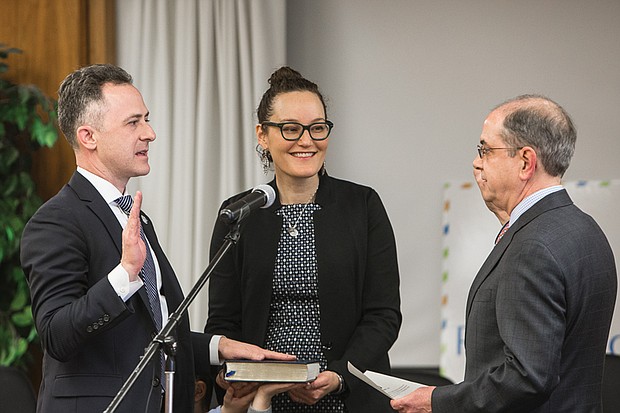 Jason Kamras, left, is sworn in as Richmond’s new schools superintendent as his wife, Miwa, holds his late grandfather’s Torah. Performing the ceremony on Feb. 1 is Edward F. Jewett, clerk of the Richmond Circuit Court.

The new Richmond Public Schools chief wasted no time getting to work. Just four days after being sworn in, Superintendent Jason Kamras on Monday night rolled out his plan to get RPS moving.