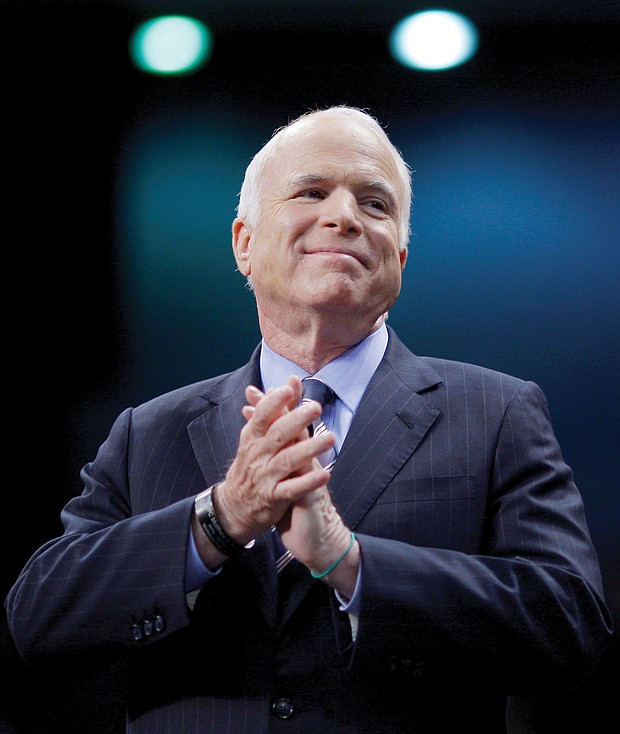 U.S. Sen. John McCain listens as he’s introduced at an October 2008 campaign rally in Fayetteville, N.C., during his run for president against then-Sen. Barack Obama.

Former Presidents Barack Obama and George W. Bush will deliver eulogies Saturday at the funeral of U.S. Sen. John McCain, a former prisoner of war during Vietnan and six-term Republican senator from Arizona whose reputation as a maverick is causing a stir even after his death.