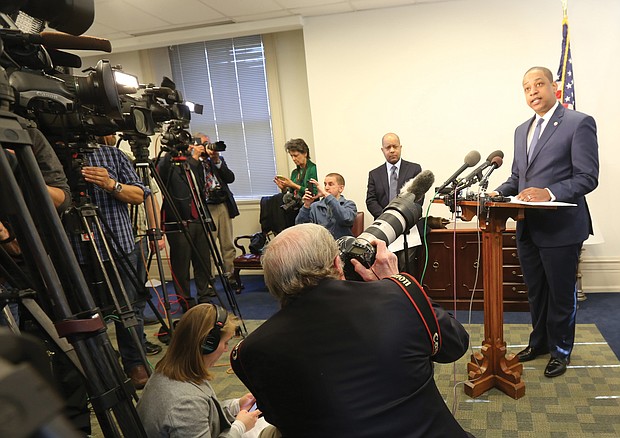 Lt. Gov. Justin E. Fairfax discusses the results of his two polygraph tests during a news conference on Wednesday at his office in Capitol Square. He did not take questions from reporters.

After two women appeared on national television this week accusing him of sexual assault, Lt. Gov. Justin E. Fairfax released results of polygraph examinations that he says exonerate him.