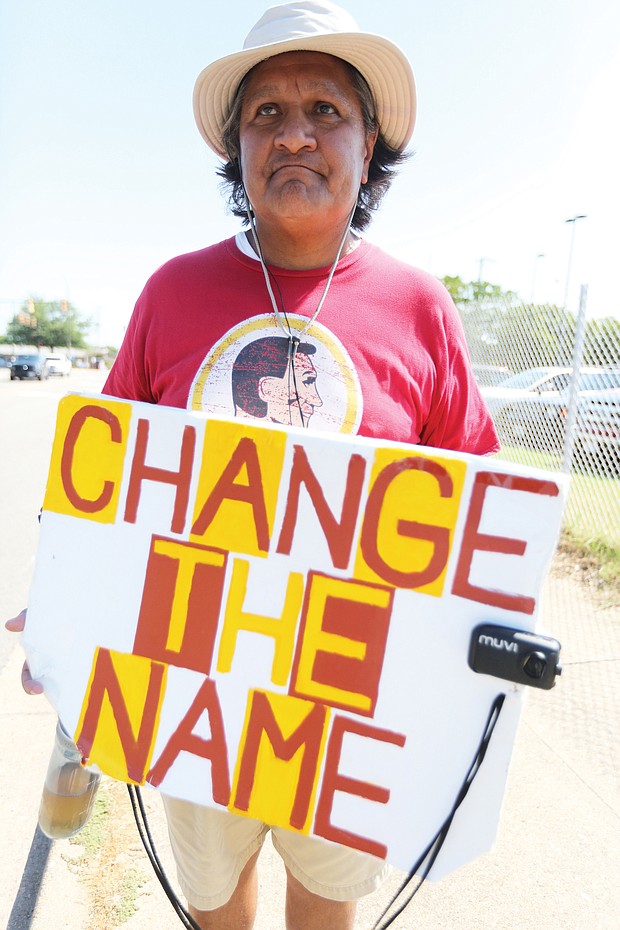 Stephen Rivera of Richmond carries his message on a sign outside the team’s training camp on West Leigh Street. He has picketed against the team’s racist name each year since the team began practicing in Richmond in 2013. He has no suggestion for a new name but says anything is fine “as long as it’s not something that denigrates native people or any of us.” A U.S. Supreme Court decision in June regarding “immoral” or “scandalous” trademarks may bolster the team’s legal efforts to keep its offensive, trademarked name.