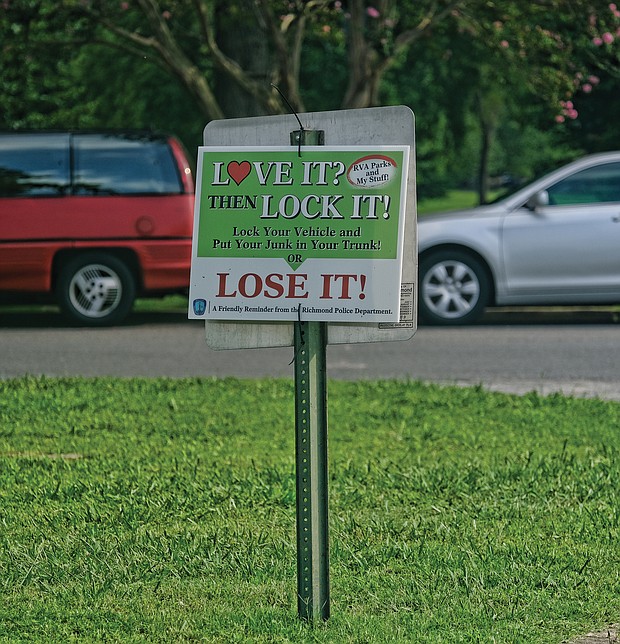 A sign posted in Richmond’s Byrd Park offers motorists a friendly reminder: “Love It? Then Lock It! Or Lose It!” Despite the reminder for drivers to lock their cars to keep themselves and their belongings safe, more than 1,390 thefts from motor vehicles have been reported to Richmond Police so far this year. And 561 cars have been reported stolen in the city through Aug. 11. Both figures are down from the same period last year, when 741 cars were reported stolen and there were 1,526 reports of theft from vehicles. The campaign is neither new nor unique to Richmond. Police departments across the nation use the same slogan to remind residents.