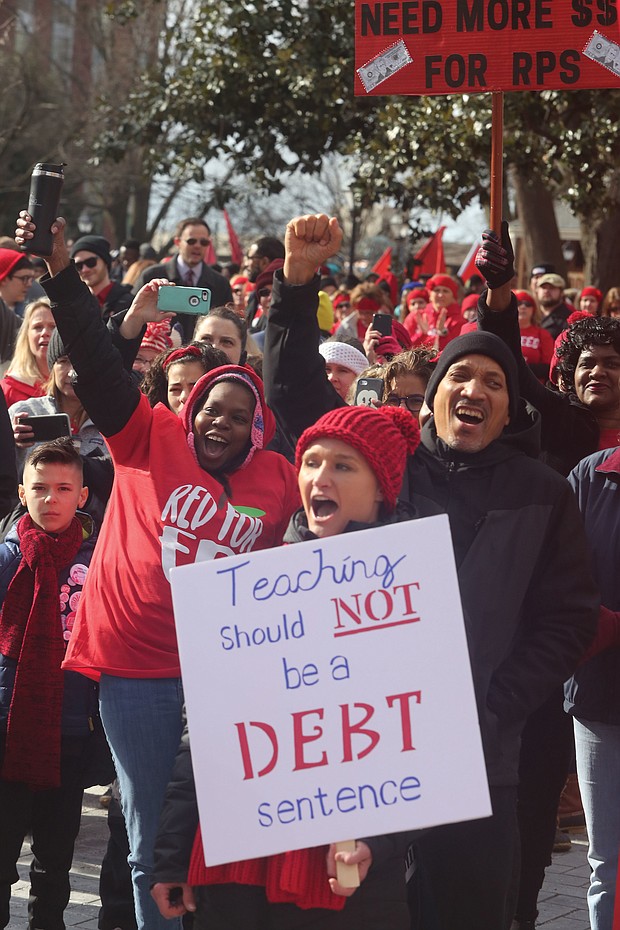 Among the educators in the throngs of people are Richmond Public Schools’ Keri Treadway, holding the sign, and Ram Bhagat, right.

As thousands of teachers and supporters from around the state marched to the state Capitol Monday to call for higher salaries and more funding for Virginia’s public schools, legislative leaders announced they would include a 5 percent pay raise for teachers in the proposed state budget.