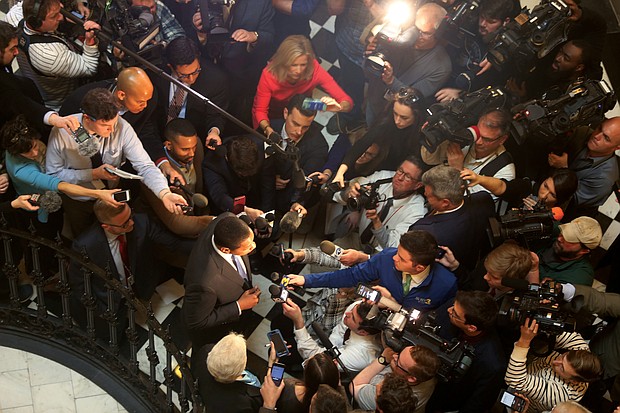 Lt. Gov. Justin E. Fairfax, center, is swarmed by reporters Monday inside the Capitol Rotunda as he responds to an allegation that he sexually assaulted a woman in 2004. He has denied the allegation.