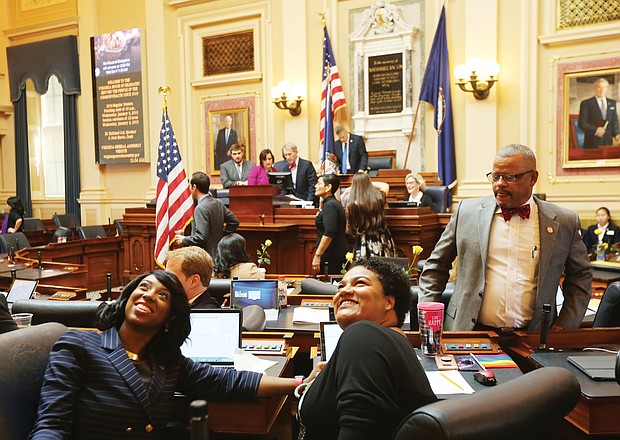 New General Assembly session
Petersburg Delegate Lashrecse D. Aird and her seatmate, Newport News Delegate Marcia S. Price, look up as a person in the upstairs gallery takes their photo. Looking on is Delegate Luke E. Torian of Prince William County. Scenes like this were commonplace Wednesday as the General Assembly opened its 2019 session, which is expected to run about 46 days. Legislators, whose seats will be up for election in November, will be rushing during the short session to get through a sea of bills and amend the current two-year budget before adjourning in late February. (Regina H. Boone/Richmond Free Press)