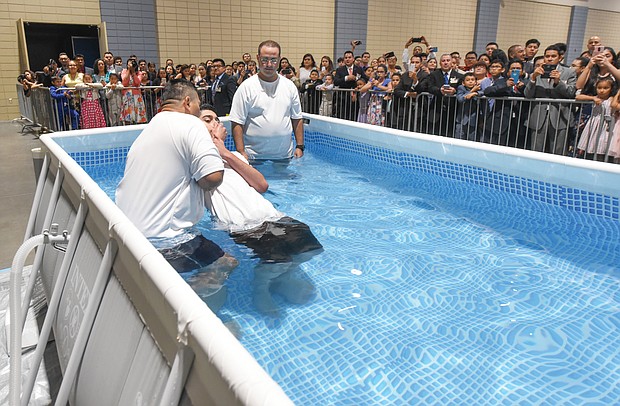 Attendants perform one of several baptisms last Saturday during the Jehovah’s Witnesses regional convention at the Greater Richmond Convention Center. Thousands of people from Virginia and nearby states attend the denomination’s series of three-day conventions each summer in Downtown. This year’s theme: “Love Never Fails!” Highlights include symposia, song, prayer, films and dramatic Bible readings around the theme. The next gathering in the series will be this Friday through Sunday at the convention center. (Clement Britt)