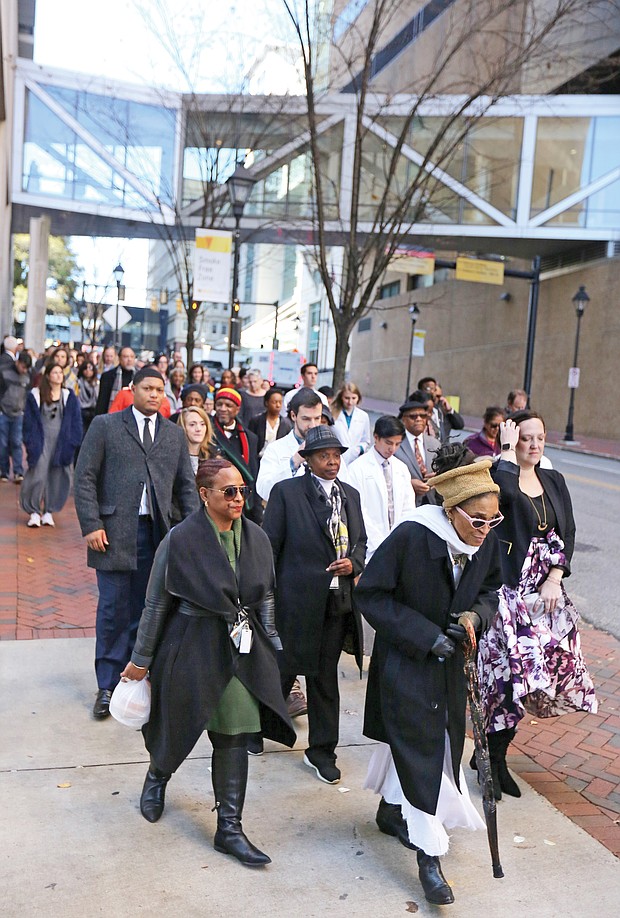 Queen Nzinga of Richmond leads a procession of Virginia Commonwealth University officials, students and others as they welcomed and paid their respects as the remains were returned to the VCU medical campus. Elegba Folklore Society members poured libations honoring those whose remains were returned during a ceremony in the courtyard of the Hermes A. Kontos Medical Sciences Building at 12th and Marshall streets. The remains were found in a well during the 1994 construction of the building.

The bones of 53 African-Americans are back in Richmond after a 25-year sojourn at the Smithsonian Institution in Washington.