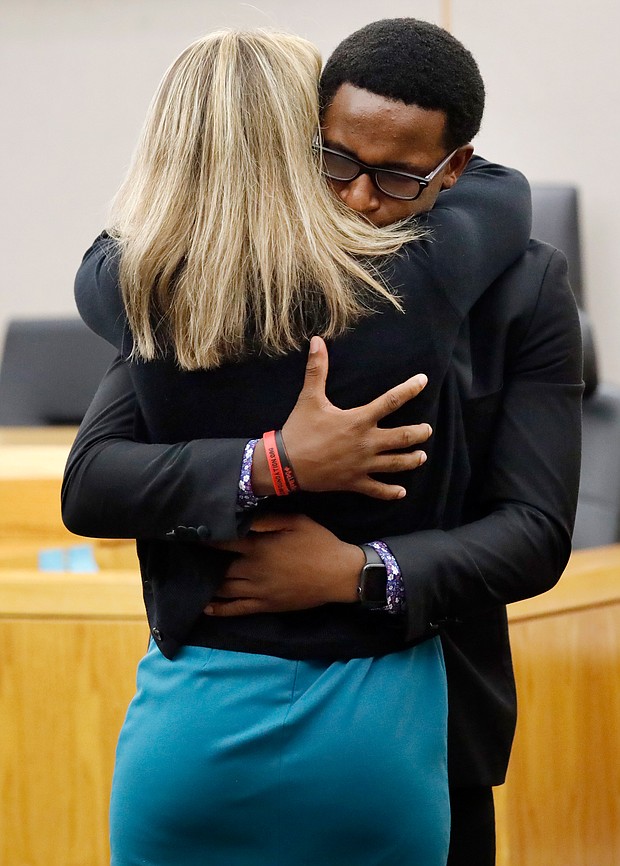 Brandt Jean, 18, hugs Amber Guyger, the former Dallas police officer convicted of murder in the death of his older brother, Botham Jean. The two embraced after he delivered his impact statement during the trial’s sentencing phase.

When a white Dallas police officer who killed an innocent African-American man in his own living room was sent off to prison last week with a hug from the victim’s brother and the African-American judge on the case, some saw it as a moment of amazing grace and redemption. Many African-Americans, though, saw something all too familiar and were offended.