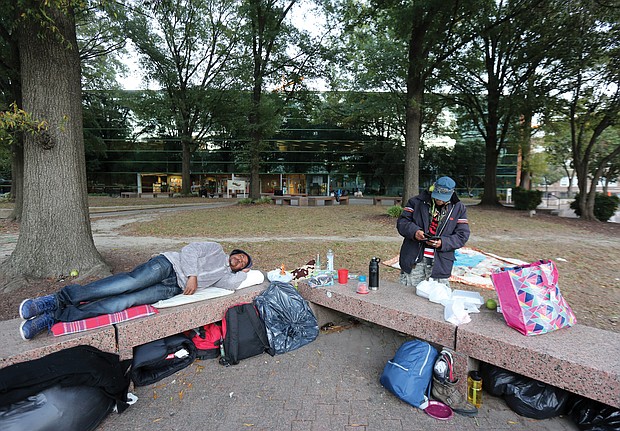 Burney Hatchett III, left, and Kolap Limm arrange their temporary sleeping quarters on benches in the plaza in front of the city Department of Social Services building at 9th and Marshall streets in Downtown on Oct. 18. The two men are among the four to 10 homeless individuals who have taken to sleeping nightly in the plaza across from City Hall. The city operates a cold weather shelter, but officials said the weather has been too warm to open it.

City Hall never opened its homeless shelter last week even as temperatures plunged below 40 degrees for the first time this fall.