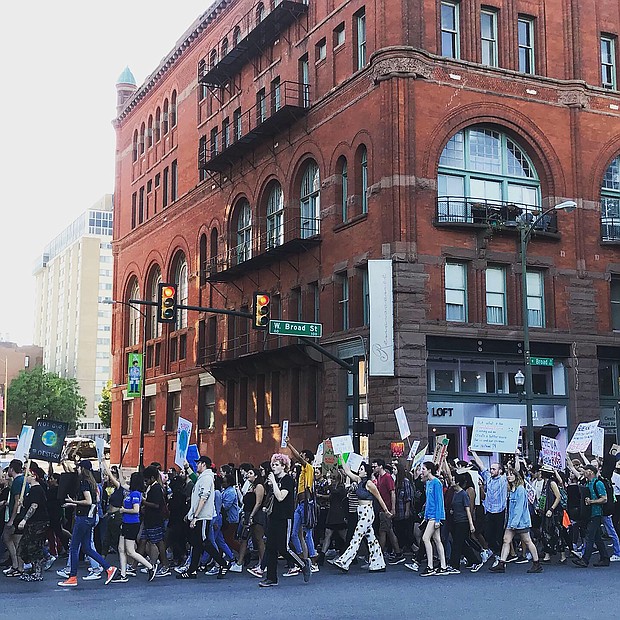 Hundreds of marchers walk along Broad Street in Downtown during an early evening rally and march last Friday from Monroe Park to City Hall as part of the Global Climate Strike.

Youths from across Virginia join in Global Climate Strike

Chants drowned out the sound of traffic on Broad Street near City Hall last Friday as hundreds of people, largely youths, from across Virginia marched in two climate protests, demanding an urgent response to the threat of climate change.