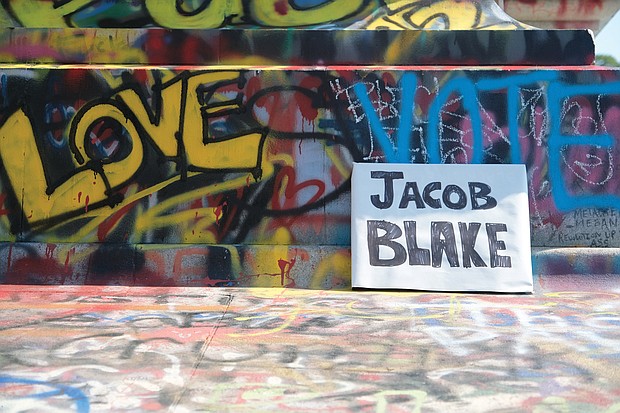 The Lee statue remains a place for people to place names of those shot wrongfully by police, including the latest man, Jacob Blake of Kenosha, Wis., who was shot in the back multiple times by police Sunday while his three children watched.

New drama is about to be injected into the already charged legal fight over removing the last and largest offensive Confederate statue from Monument Avenue — the one to slavery’s top military defender, Gen. Robert E. Lee.