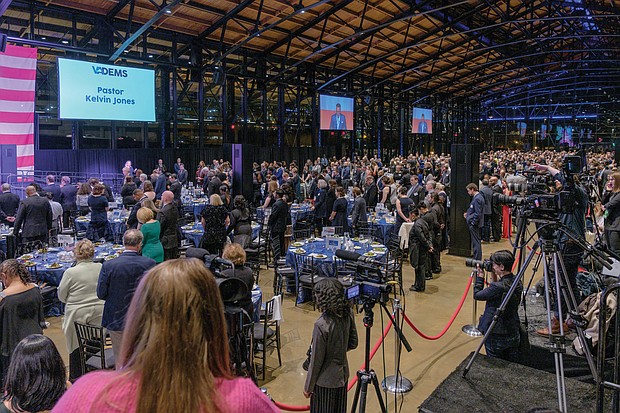 About 1,500 people attended the gala, the state Democratic Party’s annual fundraiser designed to rev up the party faithful before the March 3 Super Tuesday Democratic primary and the November presidential election.